This board was created to be a place, separate from the rest of skullknight.net and Berserk, dedicated to Inoue Takehiko's own manga masterpiece, Vagabond. This is partly because some prominent members of this board are quite fond of Vagabond, but mainly to spread and grow interest in a most deserving series. The original cheeky tagline for the Inn, "a place to cheat on your wife" came from a joke between Walter and myself that if we're married to Berserk, then Vagabond is most certainly our mistress. So, with that and the launch of this Vagabond board, naming it after the famous motel chain of the same name was a no-brainer. Our mutual fondness for Vagabond isn't why such special treatment has been afforded to it or why this place was created though, but because Vagabond is a great work in its own right that deserves such a place. Basically, it's the only other work going on in the medium at Berserk's visual, literary, and overall artistic level. Berserk and Vagabond, or Miura and Inoue, go together like Guts and Griffith or Musashi and Kojiro, and it would truly be a shame if anybody fortunate enough to enjoy Berserk missed out on the same experience with Vagabond. That is why this place was created; so, use it to its fullest potential, and read, discuss, and dissect Vagabond here as you would Berserk on the rest of skullknight.net! 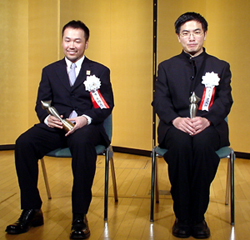