A giant robot animation project was being led by Kentarou Miura

Staff member
I posted about this yesterday in the Big Berserk Exhibition thread, but I think it warrants its own dedicated discussion.


Aazealh said:
Some information about the area of the exhibition where they set up a reproduction of Miura's workspace. Apparently you can see 12 color illustrations from Miura on the desk, produced as part of a giant robot animation project. The animation planning studio was called "Metabaron" (no doubt a nod to the Jodorowsky/Gimenez graphic novel series) and was set up around Miura, who loved the giant robot genre. Chica Umino, Kouji Mori and Takashi Hoshi were also involved. Umino was doing the character design.

The project is said to be "rife with Miura's ideas", from the character outlines and the world view to the scenario. A visitor said on Twitter that the robot's form is reminiscent of Mitsuteru Yokoyama's work (Tetsujin 28-go, Giant Robo), but more elaborate. Finally, it seems two protagonists are involved: a girl who handles the "motion" and a boy who operates it (presumably the weapons?).

More details are likely to emerge over time, but that's all I have for now. Do note that the concept art shown in the "Messages to Kentarou Miura" booklet is not related to this. It was created in 2006 for another project that was later abandoned. Again, we'll have more details over time as we get to translating those messages, but that will take a while.
Click to expand...

Holy crap that sounds amazing! Gigantomachia was already a cool kaiju/kinda mecha feeling series, which thinking about that just made me realize how Delos' design reminds me of Jiron from Xabungle, which is a mecha series about a goofy guy in a desert world. 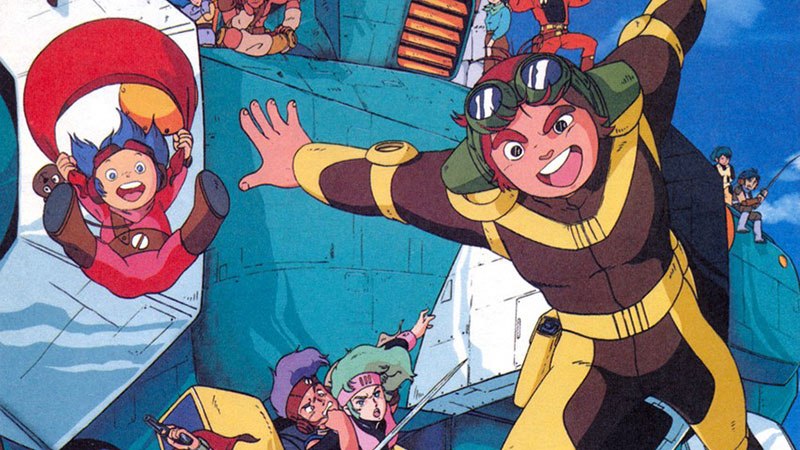 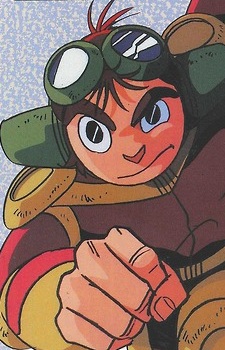 Even if you don't play to check it out, look at this awesome OP:
https://www.youtube.com/watch?v=tpoIiK8gk8c


This is so exciting and I hope they're still planning something with the project, just knowing that it was being worked on is invigorating to me.

It's a real knife turn learning about a project like this while simultaneously learning about it's almost certain cancellation. Seeing Miura's take on a mecha series and venturing into totally new grounds for him with spearheading an animation would have been exhilarating to see.

Considering what he's done for manga, I'm sure from production value alone it would have blown just about anything released in the past (who even knows how long at this point?) out of the water. I'm not all too familiar with Kouji Mori or Takashi Hoshi's work but Chica Umino has a wonderful eye for designs in March Comes in Like a Lion, so I'm very excited to see whatever they had all worked on whenever that is released to the public.

Staff member
Imagine if that was Miura's way to set foot in that industry in order to ensure that someday a non-shitty adaptation of Berserk could be produced...

I wonder to what extent this project was already produced until Miura's passing. Probably early stages, but it would be great if they decide to continue it, as a collaboration amongst friends. Maybe they would want to, to honor and celebrate their creative moments alongside Miura, I think it would be special. Very interested in further details as they come along. The Metabarons reference is pleasantly unexpected and interesting

It's sad that so many projects came to an end, and we still continue to learn about things he was involved in.

Aazealh said:
Imagine if that was Miura's way to set foot in that industry in order to ensure that someday a non-shitty adaptation of Berserk could be produced...
Click to expand...

That would have been the only way to get me excited about another Berserk animation. Since no director or studio is capable of giving the series even a tenth of the care it deserves I sure wouldn't blame him if he had thought about stepping up to the plate one day.

The title of this thread itself is quite something.


Dar_Klink said:
Holy crap that sounds amazing! Gigantomachia was already a cool kaiju/kinda mecha feeling series, which thinking about that just made me realize how Delos' design reminds me of Jiron from Xabungle, which is a mecha series about a goofy guy in a desert world.

This is so exciting and I hope they're still planning something with the project, just knowing that it was being worked on is invigorating to me.
Click to expand...

There's probably a number of influences, and Nagai Gō's Mazinger Z is certainly one of them like we were saying back in 2014 for Gigantomakhia's reveal.


Aazealh said:
The head of the Delos/Prome giant (its name is "Goura") reminds me of Mazinger Z, what do you think? The way it's split with Prome behind glass in the middle of it. Definite homage to me, especially knowing that Miura is a fan of Gō Nagai.
Click to expand... 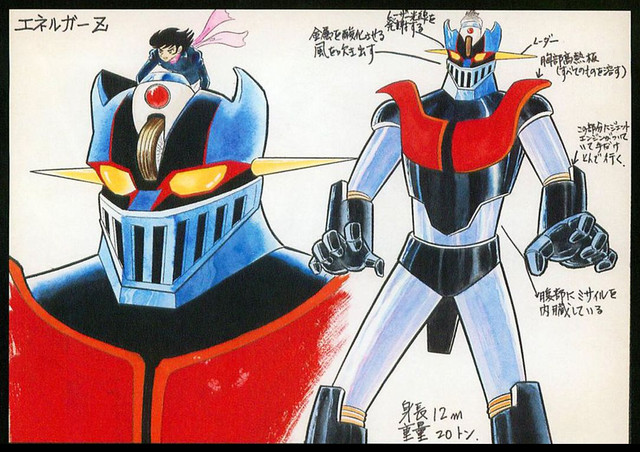 Gigantomakhia itself is a priceless gift for robotto fans (or not), and now this... Plus the fact he was conceptualizing it with his best pals, having fun, all working in pre-production together with each individual's different skills and styles, what a blast it should/could have been... Heartbreaking. The only think i can think of is... 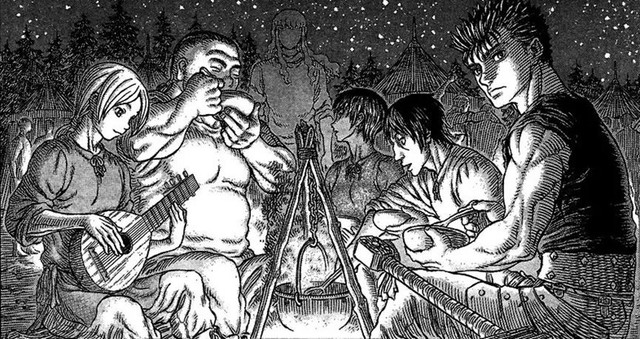 Anyway, I find it elegant, very pleasing and coherent that – from what we know so far – the mecha design is somewhat reminiscent of Mitsuteru Yokoyama's work. I'm sharing your enthousiasm and hope that we at least, get a tiny peek.
Last edited: September 15, 2021
L

Here's some Metabaron concept art that I've seen floating around the net these last few days. 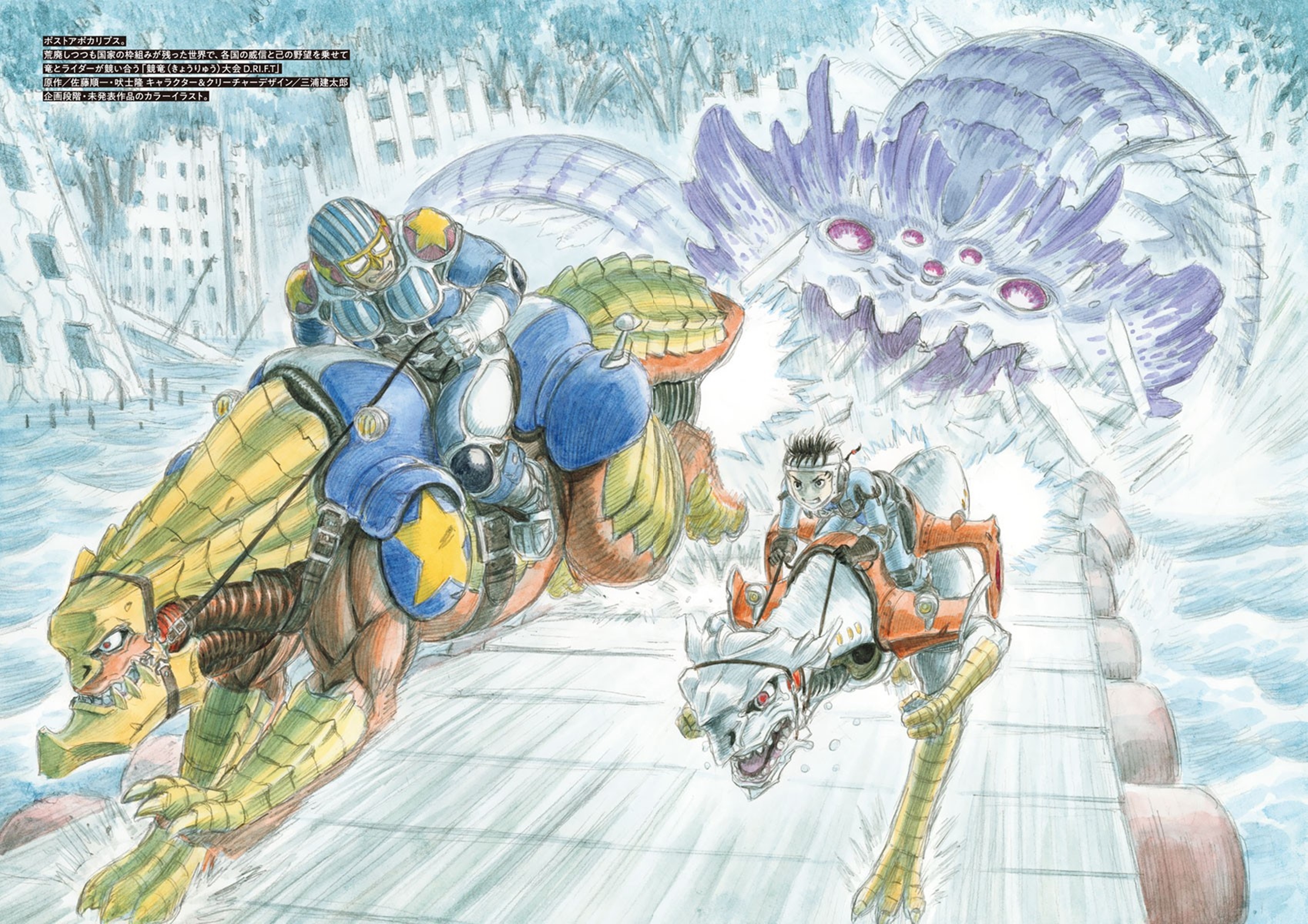 Those are featured in the "Messages to Kentarou Miura" booklet that was included in the memorial issue of Young Animal. They're different from the concept art shown at the exhibition. It's not the same project.

Of course Miura was a fan of Jodorowsky.

I bet he enjoyed The Incal, too. (He had to have been a fan of Moebius, as well, right?) He was into all that was cool from the 70s and 80s.

Staff member
Our member @Draculoid attended the exhibition and managed to provide a few more details:


Draculoid said:
As far as Aaz's question about the mecha series drawings. It was very Giant Robo style like people have described. There was one that was attacking a city that looked very Pacific Rim inspired, but also old school at the same time. There was a group driving frantically to get to a location where I believe their good robot was. Getting inside (boy and a girl) and the Pacific Rim one getting punched. I believe there were 12 pages.
Click to expand...