The Final Season of Attack on Titan has been confirmed basically since the 2nd Part of Season 3 ended, and today the first preview came out. The studio that produced the other seasons (WIT Studio) will not be making this season, Studio MAPPA is, which is a great studio that also made "Dororo", "Banana Fish", "Dorohedoro" and many others, you can check them out in MyAnimeList.
We're still not 100% sure when it comes out, the date at first was Fall 2020, but it might change since the production could have slowed down a bit because of COVID-19. 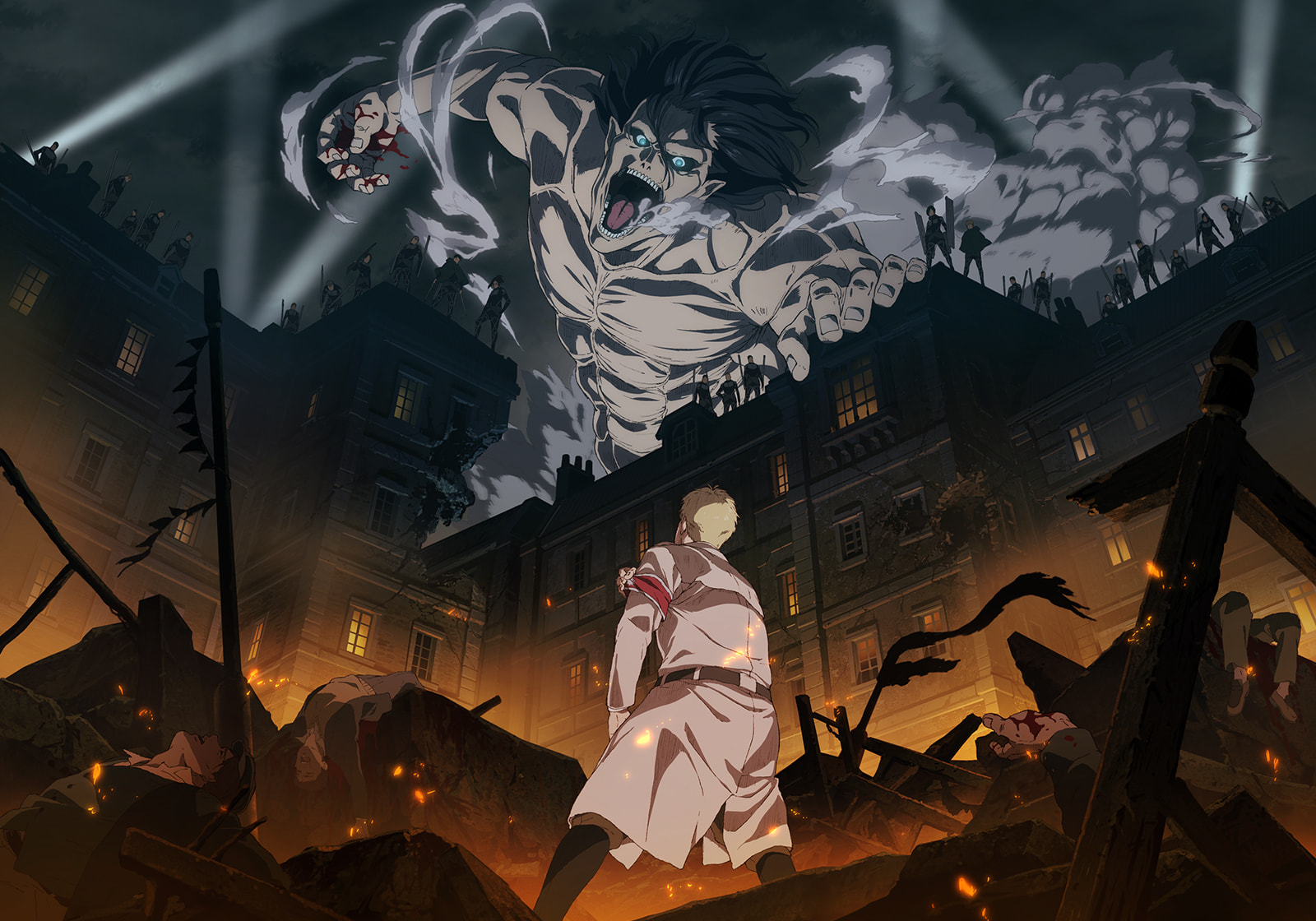 In my opinion, it looks great, some characters look a little different, but it kind of fits since the tone of the final season is very different from the others.
Last edited: May 30, 2020

I wish Wit was still involved. Though this studio is directing the events of the manga into anime very well.

MetalChimera said:
I wish Wit was still involved. Though this studio is directing the events of the manga into anime very well.
Click to expand...

WIT definitely did a great job with the first 3 seasons.
Now, nothing's confirmed, but from what I've read from some interviews with the staff of WIT, there are "Complicated Reasons" as to why they're dropping AoT.
They mentioned that the entire key staff are huge fans of the series, and they were very sad about not being able to give the other fans a complete adaptation.
If you want my opinion, I think it's pretty obvious by some animation problems that Season 3 Part 2 had, that they didn't have the budget to make a satisfactory Final Season. And from what I saw in the PV, I think MAPPA is going to give us the final season we want.

Saw it this morning. Very relieved that the artstyle and animation, while looking different, is still up to a very high standard of care and quality as expected from WIT. It's a shame that WIT can't direct the final season but from the looks of things, MAPPA are looking to deliver a fantastic conclusion to one of the best anime's of the last decade. Can't wait to see some of the moments from the manga translated into anime, especially the conversation between Reiner and Eren and what happens after.

I don't know if this is a hot take or not but to me Attack on Titan rivals up there with Berserk in one of my favorite pieces of media ever consumed.

If anybody reads this hasn't watched Attack on Titan and is a fan of Berserk, I'd definitely say give it a go, they both share similar traits and while they are different from another, they're both fantastic pieces of media that deserve to be watched/read.

BerserkDrifter said:
I don't know if this is a hot take or not but to me Attack on Titan rivals up there with Berserk in one of my favorite pieces of media ever consumed.
Click to expand...

It's not a hot take at all, I see a lot of people praising it as much as manga like Berserk especially during the final arc. And while I personally don't think it's better or as good as Berserk, it's still an incredible manga/anime, it's in my top 5 for sure. When it's over, it'll definitely be regarded as a classic. And people that doubt me, just wait for the final season, that's when the manga got recognized by most people as one of the best out there.
L

Been a longtime fan (I remember reading the first manga chapter back when it was freshly scanlated about 10 yrs ago), to be honest I'm disappointed mainly because of the obvious step-down in visuals that we're going to get in season 4. The animation will undoubtedly be great (MAPPA can do well with the right resources) but what made the previous seasons so special was the dynamic lighting, multi-toned shading, and details in even lots of backgrounds/landscapes and stills. From the PV it looks like the background art studio is different as well (just compare it to these from season 3 Part 2) and it's going to take a while for me to swallow the art style.
Also, I'm upset because it looks like the character designs will be similar to those in Banana Fish and Dorohedoro, with very thin and grey linework and characters' faces having rounder cheeks + perky noses (Sasha and Falco in the trailer), which I'm really not a fan of. Also Pieck's very distinct facial features (droopy eyes, curved nose) wasn't carried over in the trailer and she looks like a generic sleepy pretty girl.

Visuals aside, I'm also pretty skeptical about the change of director. I thought the direction in Kakegurui was okay and was plain bad in Dorohedoro, and it seems like his forte is directing outrageous/wacky material. I worry that he won't be able to make important scenes as "impactful" as they were in previous seasons, but apparently he and Araki discussed numerous times about the upcoming season.
Something to also consider is that multi-cour shows that MAPPA makes tend to have dips in animation quality halfway through since they outsource a lot. I wouldn't be surprised to see middle episodes have strange stills or animation.

TL;DR Disappointed that the visuals will obviously have a downgrade in detail, iffy about the director, wary about MAPPA's production schedules.

Léon-Solide said:
Disappointed that the visuals will obviously have a downgrade in detail, iffy about the director, wary about MAPPA's production schedules.
Click to expand...

I totally get what you mean about WIT's amazing art style and details in the first 3 seasons, and yeah it looks different in this first PV. But I was personally very happy with the Preview. Although... It's honestly very hard to dissapoint me, so I guess the little changes and details don't bother me as much as they would other people.
And now that I was browsing a little, I found out that this PV was directed by another person than the one directing the anime, and the scenes where "Pre-Animated" just for the PV, which is something MAPPA has done before.
I'll just have to wait and see, but for now (in my opinion), although I do get where you're coming from, the visuals look great to me.
You must log in or register to reply here.
Share:
Facebook Twitter Reddit Pinterest Tumblr WhatsApp Email Share Link
Top Bottom