What are your favorite Apostles? Since there's only so many named Apostles (or at least with widespread fan-made names/titles like Snake Baron and Slug Count), I'll just give my ranking on all of them.

12. Borkoff (the only thing he's really done is bite into Guts' arm and he has no dialogue, so can't really rank him any higher)
11. Snake Baron (just a generic baddy, though is his transformation is pretty cool)
10. Egg of the Perfect World (he's pretty unique, but his entire character was just made as a means to an end for bringing Griffith back to the physical world)
9. "The Great Flame Dragon" Sir Grunbeld (cool transformation but don't really care for much else about him)
8. "Black Dog Knights Captain" Wyald (alright villain)
7. Slug Count (alright villain)
6. "The Arcane Archer" Irvine (pretty cool personality, fighting style, and transformation)
5. "The Banished Bakiraka" Rakshas (interesting personality and fighting style, but his transformation is meh)
4. 'The Dread Emperor" Ganishka (his Apostle and Shiva forms were really cool, kinda just a generic baddy though)
3. "The Moonlight Knight" Sir Locus (cool human and Apostle form, and overall pretty badass)
2. Rosine (great fight with Guts and pretty interesting even for an Apostle)
1. "The Immortal" Nosferatu Zodd (we all know why he's here)

Staff member
Could you please add Volkov to your voting list? You have him listed as Borkoff, which is the Dark Horse translation, but left him out of the voting order.
T

Walter said:
Could you please add Volkov to your voting list? You have him listed as Borkoff, which is the Dark Horse translation, but left him out of the voting order.
Click to expand...

It won't let me add more than 10 options, so I excluded him and the Egg. I combined them with Snake Baron's slot since those are probably the 3 least popular ones

The Moonlight Knight said:
It won't let me add more than 10 options, so I excluded him and the Egg. I combined them with Snake Baron's slot since those are probably the 3 least popular ones
Click to expand...

Fixed! And I think you'll be surprised. There are lots of fans for various apostles. 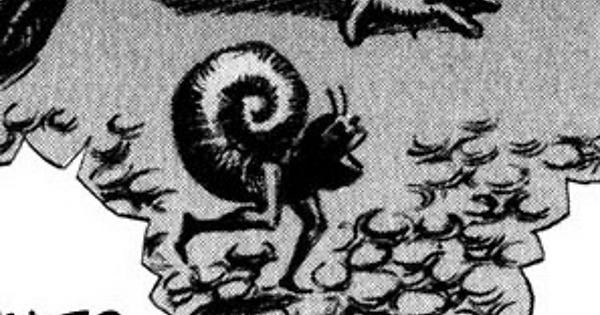 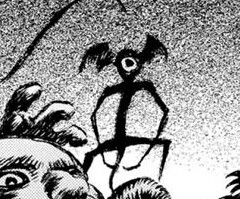 If I had to pick a favorite though, I feel like Rochine had a truly terrific, haunting story. Zodd's a must as well, and I have always liked the idea of his potential backstory being the inverse of Wyald's (credit to Aaz I think who mentioned it in a SkullKast years ago).

There's one I really like in the new band of the falcon but I'm even sure we saw is apostle form. His helmet kinda looks like a chicken. We saw him a few times already.

If not, I'm a big Rakshas and Zodd fan.

There is of bunch of unnamed ones that are also great.

Trapped in time. Surrounded by evil. Low on gas.

I must say Zodd. Amongst the apostles, he may be the only one I could respect in a way.

Here's my OCD compiling of all the reoccurring apostles. One of the things I really appreciate about Miura is that he makes all apostles unique and he keeps many consistent over the course of the series across decades. Many from the Eclipse are in the new Band of the Falcon. Almost as if it's a kill roster of sorts...

Anyway, let me know if you spot anymore apostle cameos. 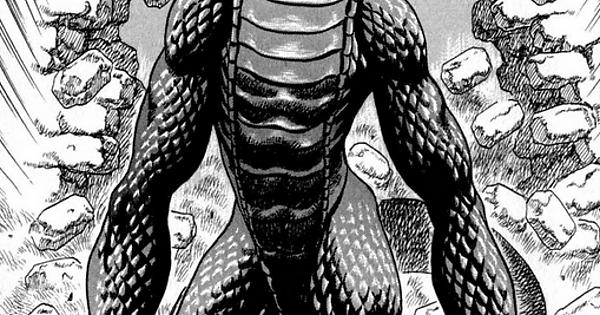 30286 views on Imgur: The magic of the Internet

Staff member
I mean, of course it's Zodd. He's one of a kind. Miura has made him an amazing, deep character with many facets to him (and at the same time, very simple/focused). Not everyone gets that kind of treatment. So I'm giving Volkov my vote. He's a fun little guy. A battering ram with a face and teeth. What's not to love? And afterall, if it weren't for him, Guts would still have his left arm. All the other apostles combined have done nothing comparable to that

Zodd would be an easy answer, but I really loved Ganishka and have been appreciating him more with each Re-read.

His backstory depicting his fear of Darkness and life of constant paranoia due to assassination attempts added so much value to his actions prior, such as opposing the Falcon of Light despite being an apostle.

He also did some pretty cool shit with his army.

I love that section of yours Bob. Though there are some apostles that got mixed up in the listing. Let me know if you want them pointers.

jackson_hurley said:
I love that section of yours Bob. Though there are some apostles that got mixed up in the listing. Let me know if you want them pointers.

Happy to hear them. Miura obviously cares about creating a specific roster of apostles. May as well track it as accurately as we can, even for trivia.

I think Rosine is the most beautiful representation of the tragedy that is an apostle.

Flying potato Apostle for Sure!!!

My personal favorite has been Grunbeld--really for no other reason than his design, and that great fight he had with Guts. Miura has done a great job of highlighting each lieutenant apostle throughout the story, and each time they are showcased I like them that much more. That said, I think Ganishka is probably a close second.
You must log in or register to reply here.
Share:
Facebook Twitter Reddit Pinterest Tumblr WhatsApp Email Share Link
Top Bottom