Camera-work plays a large role there, as it's certainly used to emphasize her height at times. During the fight, I think it was a combination of both combatants hunching over and moving/rolling a lot, and also a slightly downward camera angle so as not to make it seem too one sided until she beat him. Her actress Gwendolyn Christie is 6'3" and pretty bulky.
H


Episode #14: “Garden of Bones”
Debut: SUNDAY, APRIL 22
Joffrey punishes Sansa for Robb’s victories, while Tyrion and Bronn scramble to temper the king’s cruelty. Catelyn entreats Stannis and Renly to forego their ambitions and unite against the Lannisters. Dany and her exhausted khalasar arrive at the gates of Qarth, a prosperous city with strong walls and rulers who greet her outside them. Tyrion coerces a queen’s man into being his eyes and ears. Arya and Gendry are taken to Harrenhal, where their lives rest in the hands of “The Mountain,” Gregor Clegane. Davos must revert to his old ways and smuggle Melisandre into a secret cove. Written by Vanessa Taylor; directed by David Petrarca.

Episode #15: “The Ghost of Harrenhal”
Debut: SUNDAY, APRIL 29
The end of the Baratheon rivalry drives Catelyn to flee and Littlefinger to act. At King’s Landing, Tyrion’s source alerts him to Joffrey’s flawed defense plan and a mysterious secret weapon. Theon sails to the Stony Shore to prove he’s worthy to be called Ironborn. In Harrenhal, Arya receives a promise from Jaqen H’ghar, one of three prisoners she saved from the Gold Cloaks. The Night’s Watch arrive at the Fist of the First Men, an ancient fortress where they hope to stem the advance of the wildling army. Written by David Benioff and D.B. Weiss; directed by David Petrarca.

Episode #18: “The Prince of Winterfell”
Debut: SUNDAY, MAY 20
At Winterfell, Theon receives a visitor and holds down the fort. Arya calls in her final debt with Jaqen (Tom Wlaschiha) in a way that displeases him. Robb is betrayed. Tyrion (Peter Dinklage) and Varys (Conleth Hill) find common ground. Dany ignores Jorah's (Iain Glen) advice. Stannis (Stephen Dillane) and Davos (Liam Cunningham) approach their destination, and Davos is offered a reward. Written by David Benioff & D.B. Weiss; directed by Alan Taylor.

The most disturbing episode this season for sure (
that rat torture scene, that masochistic Joffrey scene, that shadow birth scene!
). One thing that is really great is the use of the cgi and it's quality. They use it sparingly, only when they need to, but it's always very good, especially for a series. The final scene from last nights episode is a good example of this. I mean think about if it was weak or cheesy like True Blood. Ugh.

I also agree that the episodes feel short. I don't think it's because of the running time necessarily though. I think it just goes by quick. Last night literally felt like the shortest hour of my life. I guess that's to the shows credit though.

Last nights episode was very good. I really like how they designed Qarth and how they pulled off
the shadow vagina baby thing.
=/

I'm so ready for
Blackwater
and after watching the preview below so will you.

Yea me too. With only two episodes left I'm ready for a battle.
H 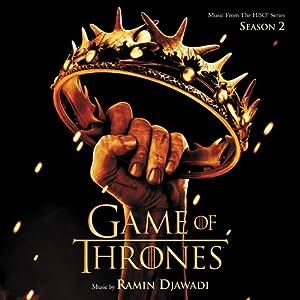 I don't really want to make a long post about this, but I'll just say some of my thoughts. The series is starting to go downhill, both as a series and as an adaptation. They're changing a lot of important moments for certain characters, mostly Arya. She's basically a different character in the show, not doing even a quarter of what she did in the books during her stay in Harrenhal. I liked the interactions with Tywin, but I don't like what they cut out for it. Jon Snow and Robb both seem to be painted as a lot more... retarded than they were in the books. Like Walter said last year, Jon constantly seems to have his mouth hanging open and he's told off by almost every character he meets, while in the book he was almost too perfect. As for Robb, they really mesesd up his motivation for sleeping with another girl. In the books he was both injured and just heard the news of his brothers dying. He was in need of comfort and made a mistake because of it. In the show he just fucked some random medic girl telling a stupid sob story. Robb and Cat not knowing of Bran and Rickon's "deaths" really messed up both of their motivations and makes them seem dumber than they're supposed to be. The same could be said of Tyrion and crew. From the moment he arrived in King's Landing in the books he was preparing defenses. They were still scared shitless of Stannis, but now it makes them look a lot more dumb than in the books, like only Tyrion truly cares about setting up defenses and doesn't know how.

I've heard of dumbing down adaptations to make it easier to digest as a tv series, but they're really just dumbing down every character now.

I think part of the problem is that they don't know how many seasons they're getting past this show and they don't want to set up things that only have pay-off seasons later. It's still sad to see.
H

I wouldn't go that far but I will say that so far the cast this season has stayed true to the characters they portray. That said it wouldn't be unreasonable to assume that Season 3 would be the final season just from a budget standpoint alone.

Dar Klink said:
I don't really want to make a long post about this, but I'll just say some of my thoughts. The series is starting to go downhill, both as a series and as an adaptation.
Click to expand...

I think most of this can ultimately be blamed on budget? Not enough money to make more than 10 episodes a season? Maybe thats a standard HBO practice, 10 episodes? I don't know. I do know that 2-4 more episodes could work wonders content wise and solve the problem of the too many missing details you describe. The books only get larger, which becomes increasingly problematic if the number of episodes remains static.

Did anyone catch the after episode snippet of last week? Is the final episode 2 hours in length? Or are there 2 episodes left? I'm confused, as I thought there was only 1 episode left making the total 10??

Now that is how you do an epic episode...

Yea that shit was intense. I'm still in shock too.
H

Oburi said:
Yea that shit was intense. I'm still in shock too.
Click to expand...

You'll really be in shock when you see the season finale...

Fantastic episode. I got chills when
Bronn was lighting the arrow to shoot the wildfire.

H.o.l.y. shit. After seeing the preview for this episode, I wasn't expecting it to nearly be as amazing as it turned out to be (for budgetary reasons only). Wonderful.

Peter Dinklage IS this show.

WOW I didn't expect it to be that fucking good. AND WHO ARE YOU, THE PROUD LORD SAID. That everything.

Great episode, and I was totally blown away by the song by the National during the credits: http://www.youtube.com/watch?v=Q4NTBNHkjTM

Staff member
Good episode, probably the best in the series. Buuuuut I haven't been a big fan of this show so far, so take that for what you will

This season in particular has felt even more like a soap opera than the books did. But for this particular episode, they were able to rise above the chaff by focusing on a single scenario. To me it was proof positive that a show like this, condensed into 50-ish minute segments, can't divide itself among the various character perspectives and still deliver effective, convincing drama. In this one, they trimmed the fat and focused on one setting, and whattaya know, they knocked it out of the fucking park. The fact that it was so successful made me hate the other episodes even more.

The changes they made to the Battle of Blackwater looked good on screen, however I didn't think it was necessarily an improvement over what happened in the books (
a NUCLEAR explosion versus an unstoppable spreading fire, with the ships trapped in the bay by a chain
). I also thought this episode wasn't very true to the characters—Stannis in particular. Fighting on the front lines, really? He's not a war hero. He's a stodgy bureaucrat with a hard-on for justice. He's the kind of guy who rules from a castle, not the battlefield. Don't get me wrong, he's one of my favorite characters in the series. But portraying him as if he's some war badass is just unfaithful to him.
It also makes his eventual escape from INSIDE the castle once the tide turns utterly implausible.
But not every aspect of the episode worked smoothly. The scenes with Cersei were fast-forward worthy. And Tyrion's speech also fell flat on my ears. And given the scenario, I'm not sure a rousing 30 second speech culminating with: "Let's go kill them," would actually illicit the reaction from the crowd that he got. In the books, as I recall, he won them over with action, not words.

Walter said:
But portraying him as if he's some war badass is just unfaithful to him.
It also makes his eventual escape from INSIDE the castle once the tide turns utterly implausible.
Click to expand...

I just finished the last episode and yeah, I was quite shocked to see
him back in his castle safe and sound
.

Man, I would KILL for one more episode this season. That ending...was pretty fucking awesome. Imo. Then again, I didn't read the books.

Its going to be a long wait till April next year...
H

frankencowx said:
Its going to be a long wait till April next year...
Click to expand...

Its going to be an even longer wait for April of 2014 when
Book III is wrapped up in Season 4
.

hellrasinbrasin said:
Its going to be an even longer wait for April of 2014 when
Book III is wrapped up in Season 4
.
Click to expand...

A man can wait.
H

frankencowx said:
A man can wait.
Click to expand...