I've read many topics on Skullknight.net regarding Miura's influence. Guin Saga, Flesh and Bone, and a possible Hellraiser has been mentioned. But has anyone seen the movie Willow? This movie has some striking similarities to Berserk. I'm not mentioning this movie just because it has knights, wizards, fairies, and trolls. The character Madmartigan reminds me a lot of Serpico, not in looks, but personality. The character Sorsha reminds me of Farnese. You will have to watch the movie to understand the Sorsha and Farnese similarities. A baby with special powers (the moonlight child/demon child). And finally, the character General Kael is so damn close to the Skullknight and Gaiseric. General Kael wears a skeleton mask, and even carries a sword with thorns wrapped around the handle of the sword!

That is way too close to be called a coincidence. Anyway, tell me what you guys and gals think. And also, check out the movie Willow, it's a kick ass movie.

Staff member
No, I'm sorry but for having seen the movie Willow many times, I don't see any of the similarities you're mentioning. In fact I'm still torn on whether you're joking or not here.

Madmartigan is nothing like Serpico, Sorsha is nothing like Farnese, and Kael is nothing like the Skull Knight or what we know of Gaiseric. There's just no connexion at all here save for extremely superficial details. Seriously, these characters are practically the opposite of each other.
Z

No, I wasn't joking. When comparing the Skullknight and Gaiseric to General Kael, I should have been more clear. I meant their similarities as far as costumes are concerned, not personalities. Hey... I don't know Gaiseric's personality. Gaiseric was only mentioned once in the manga.

The Skullknight even has a sword similar in design to General Kael's sword. Okay, I will admit the Madmartigan and Serpico similarities may have been jumping off the deep end. But I still see many similarties between the world of Berserk and Willow. I see far more similarities in Willow, than I will ever see in Flesh and Bone or Star Wars (which Miura mentioned to have influenced his work, on the Berserk DVD interviews). But hey, that's just my opinion. You're not the the first to think I was crazy

. Willow was a friendly rated PG, while Berserk would be a crazed NC-17 borderlining Rated X.

Zim Zum said:
When comparing the Skullknight and Gaiseric to General Kael, I should have been more clear. I meant their similarities as far as costumes are concerned, not personalities.
Click to expand...

Their "costumes," uh? So what's similar except for the skull parts, which are actually quite different anyway? The answer is nothing. They're completely different. Even the skull face on the front of Kael's helmet fails to be really resembling since it doesn't accurately represent a human skull. What if it was Skeletor from He-Man that influenced Miura to create the Skull Knight?

Zim Zum said:
The Skullknight even has a sword similar in design to General Kael's sword.
Click to expand...

No, I wouldn't say that.

That's a small picture, but you can easily tell it's completely different from SK's sword. The other sword he uses later isn't any better.


Zim Zum said:
Okay, I will admit the Madmartigan and Serpico similarities may have been jumping off the deep end.
Click to expand...

If by this you mean that the characters are entirely dissimilar and have nothing in common then I agree. I can hardly think of a character least resembling Serpico than Madmartigan. Their basic traits as characters are complete opposites.


Zim Zum said:
But I still see many similarties between the world of Berserk and Willow.
Click to expand...

Yeah, come on! It has knights, wizards, fairies and trolls! And characters have swords in Willow, just like in Berserk! They travel through forests and even take a boat at one point to reach an island! This can't be a coincidence!


Zim Zum said:
I see far more similarities in Willow, than I will ever see in Flesh and Bone or Star Wars (which Miura mentioned to have influenced his work, on the Berserk DVD interviews).
Click to expand...

Well unfortunately I doubt the similarities you personally see between them matter much here, if at all. First off Miura never mentioned being inspired by Star Wars to write Berserk. It's just one of his favorite movies. He's put some references to it here and there but that's as far as it goes. Second, about his actual influences, I think you're a bit confused. Most people seem to be and my best guess is that it's because they've only read the interview he did for the US DVDs, but here you don't even seem to have paid them much attention. Miura's biggest influence for Berserk, the one that eclipses all others, is Guin Saga. It shouldn't even be named along with anything else. Then you have Go Nagai's work, and after that various stuff like the manga Dororo by Tezuka Osamu that he stated was his favorite and had influenced his work a lot. In the DVD interview he mentions films like Excalibur and Conan the Barbarian as other influences. Probably milder and vaguer, but still part of the early creation process.

Finally, you have an example Miura gave of the type of characters that influenced Guts' looks: those Rutger Hauer played in Flesh+Blood (not "bone"...) and Salute of the Jugger. He also mentions Connor McLeod from Highlander and all the other "cool, collected heroes" he admired when he was young. This is specific to Guts' look, and what from he says it's relatively vague and could really include a lot of "cool" characters for all we know. Keep in mind that these works are all supposed to have been relevant in the early creation process of the manga, when Miura was in college. Save for Guin Saga and maybe some of Go Nagai's works like Devilman, it can't be said that they've played any role past that point.

You see, what disappoints me with threads like these is how little effort is put into researching the veracity of what you're saying before posting it. And since most of what you say is completely wrong it feels like you're lying, which in turns makes me wonder if you're trolling or joking. I believe you when you say it's not the case, but I want you to realize how others perceive such situations. 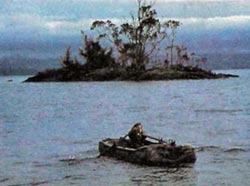 Elfhelm at last!​
B

I want to see a Berserk=Labyrinth thread started, with someone making the case that Gambino was based on David Bowie. That would be neat.

bph said:
I want to see a Berserk=Labyrinth thread started, with someone making the case that Gambino was based on David Bowie. That would be neat.
Click to expand...

Ever wondered who inspired Zodd? 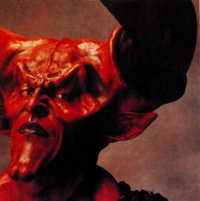 LEGEND. Not to mention Jack is so much like Roderick.

By the way, ever wondered where the "1000 years ago" theme came from in Berserk? I have 3 words for you: The. Dark. Crystal. It even has the EXACT SAME part about the sun eclipsing or something!!

PS: Doesn't this character remind you guys of a certain Void? I know it does here!

Hahahaha. I need a new pairs of boxers now, damn you!

Aazealh said:
PS: Doesn't this character remind you guys of a certain Void? I know it does here!
Click to expand...

Zim Zum said:
Willow was a friendly rated PG, while Berserk would be a crazed NC-17 borderlining Rated X.
Click to expand...