Griffith said:
Had a few hours to kill yesterday so I went to see Paul because I knew it would meet my moderate entertainment needs without having to worry about expectations (had a lot of nice nerdy references).
Click to expand...

This. I walked out of the theater, without that feeling that I just blew ten bucks. Feels good to see an entertaining movie.

I watched Evangelion 2.22: You Can (Not) Advance a couple weekends ago and really enjoyed it. So far I'm liking the Rebuild of Evangelion a lot more than the original series (which is a favorite of mine). If you took everything that was enjoyable about the original series (the mecha, well choreographed battles and the very weird Angel designs) and threw out everything that was not (characters that you couldn't really root for, character development that undeveloped later and the attempt to be philosophical without actually being philosophical), you'd arrive at something pretty close to the new movies (at least in my opinion). I can't wait to see where they go from here.

I also saw Hanna last weekend and boy did it suck. It was an entertaining premise (albeit an unoriginal one) that just didn't deliver. There were too many "thought provoking", quiet moments that weren't really thought provoking and ended up being extremely boring. Long shots of Hanna leaning her head out the window and a van endlessly driving throughout Europe I could have done without. The movie was presented as being an action film featuring a child as the primary protagonist and what we got was a movie with very little action and poorly shot fights. There were a couple good action scenes, but that didn't really make up for the rest of the movie. I'd recommend renting it if you even want to see it.

Disagree on Hanna. I have my problems with it, but I'm not sure where you got the idea this movie was going to be a straight up action movie and not what it was. You're right that it acted more thought provoking than it was thought provoking, and it either needed better exposition at the end or less of it (it was better when it just being, and the plot doesn't make any sense anyway), but it was pretty much what I expected, a quirky human thriller, even if it ultimately didn't live up to its pretensions, it still had them.

Griffith said:
Disagree on Hanna. I have my problems with it, but I'm not sure where you got the idea this movie was going to be a straight up action and not what it was.
Click to expand...

Oh, I didn't expect it to be straight up action the whole movie. I really enjoyed the fairly slow moving intro at the cabin, but once things kicked off in the underground base, I expected the rest of the film to continue on in that same manner.
There was just too much time spent with the road tripping family and not enough direct intervention on the part of Marisa or her allies. I started getting back into the movie once Hanna separated from the family and started learning more about herself. But when it came down to her discovering she was genetically engineered to be a super soldier (which was pretty anticlimactic) and Erik's disposal of the two men left chasing her, I was extremely underwhelmed.
There were a lot of parts that I really enjoyed and the acting was top notch, but the majority of the film left me feeling disappointed. Maybe I'm being too harsh on it, I dunno. I probably shouldn't have said it "sucked" in my first post. It certainly isn't the worst movie I've ever seen, I guess I just expected something different. And now I'm rambling...

That's fair, I liked it more than you, but I didn't have many expectations. The subtext could have been more fleshed out, especially considering what they do reveal doesn't amount to much, like you said (less of that would have been more). Still, I enjoyed the girl's performance, the fairy tale theme, and ultimately the ride.
X

While in the hospital recently I finally watched Million Dollar Baby and loved it. Great performances by the cast and just overall a great story.

Sorry if my posts don't make a whole lot of sense btw, I'm on lots of medications that make me dizzy atm... =(

Saw Scream 4 a couple of days ago. I’m not sure exactly what it is about this franchise that does it for me. The movies aren’t scary, I’m never really creeped out by them, and there were several things in this latest installment I thought they should’ve done differently, but I was surprised by how much I actually enjoyed it. Maybe it’s because I had low expectations after the worthless third one, or maybe I’m just feeling nostalgic for the whole series because Scream was the first horror movie I watched in cinemas. No matter what reason it sure was more refreshing than 90% of all the crappola labeled “horror” I see in cinemas nowdays. The movie’s view on remakes was particularly fun. It also included one of the most extreme moral U-turns in a character I’ve seen in any movie lately, which I’m sure annoyed many, but I believe it was one of the film’s magic moments.

Deci said:
While in the hospital recently I finally watched Million Dollar Baby and loved it.
Click to expand...

Possibly the worst venue to watch this particular movie.
X

Haha, good point. Though I didn't look at it that way. From my perspective, that portion of the movie made me feel like my condition was nothing. At least I'm recovering, albeit slowly.

It was one part hilarious grindhouse exploitation homage, one part terrifying sadistic gore-fest. I think overall I enjoyed it.. it definitely made me laugh, though I don't see myself watching it again, unless it comes to local theatres (as it would be a lot of fun to watch with a crowd).

Crazy ass Gambino with a Shotgun

Sword of Doom and Harakiri.
I'm sorry Mifune, but you just got surprassed by Tatsuya Nakadai.

Went into Manhattan yesterday and saw Incendies on a whim. Wow. Definitely worth the price of admission.

Unthinkable, starring Samuel L. Jackson as an interrogator that will supposedly go to any lengths, believing the ends justify the means, Michael Sheen as an American terrorist bomber that believes the same, and Carrie-Ann Moss as an FBI agent that believes in the rule of law; all of their principles will be tested by their interactions with one another. It's an over the top parable about right and wrong and how we think about it; you might like it, you might hate it, but it's quite an appropriate watch today, don't you think? Currently streaming on Netflix.

Thor was very entertaining and worth seeing. The acting was great, the fights were fun and the special effects were amazing. Not a bad way to spend an afternoon.

I started last night with:

A hilarious homage to the inbred hillbilly cannibal genre. I laughed a lot during this. Not quite Shawn of the Dead, but definitely funny in its own right.

I got a little darker with: 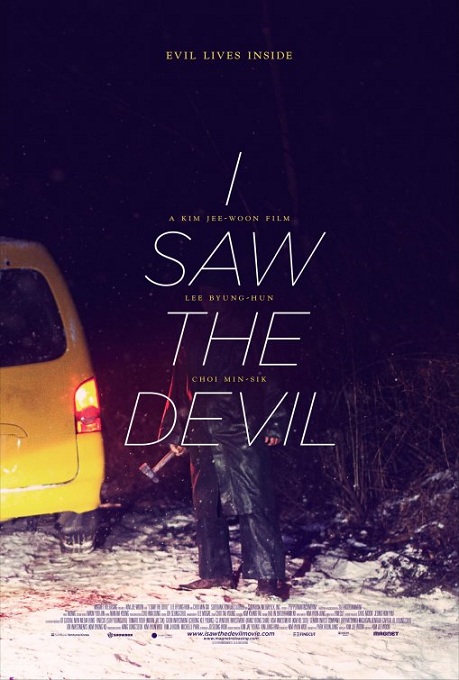 Which I also liked. S Korea does vengeance right... and this film was beautifully shot, and gruesome. The acting was great, and the character arc was standard (we get it, vengeance damages all), but interesting.

ALL MYSTERIES MUST BE SOLVED

Watched the new Green Hornet with my dad. Found it surprisingly funny. Dumb funny, but I still laughed a good bit.
T

Rhombaad said:
Thor was very entertaining and worth seeing. The acting was great, the fights were fun and the special effects were amazing. Not a bad way to spend an afternoon.
Click to expand...

I just wished the fight with the guardian at least was a bit longer than what they showed.

Recently watched Ip Man and thought it was truely one of the best martial arts I've ever seen. I believe there is a sequel that I saw at a redbox, which I will pick up asap.
D

Oburi said:
Recently watched Ip Man and thought it was truely one of the best martial arts I've ever seen. I believe there is a sequel that I saw at a redbox, which I will pick up asap.
Click to expand...

I saw the sequel and I thought it was very good.

Rhombaad said:
Thor was very entertaining and worth seeing. The acting was great, the fights were fun and the special effects were amazing. Not a bad way to spend an afternoon.
Click to expand...

I watched Thor last night, definitely a re-watch! Loved the comic timing and Kenneth did a good job directing this. I didn't expect much from it.

ALL MYSTERIES MUST BE SOLVED

Saw Rango. Loved it. Made me laugh a lot. Great textures and animation.

Mom wanted to check out the new POTC flick and we did just that yesterday evening. It felt long, dragging, watered down to say the least. Sparrow's character wasn't his usual best but you get to see a lot of Sparrow in the movie, almost self-indulgent, very clean unlike the rugged raw edgy Sparrow off the earlier movies. I didn't enjoy the directing and cinematography, nail in the coffin - too many cheesy moments revolving
the priest and the mermaid
. Not worth a re-watch even if it's on TV. 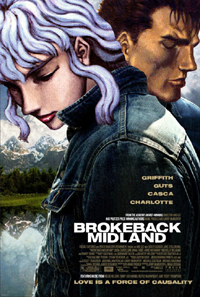