Well, that would of course be Guts and Casca. But thats stupid, because its so obvious. Instead i rather go for my two second favorite characters, SK and Luca. She is one of the characters i would love to see again, when they get back to Midland (maybe in 3-4 years, lol). I'm usually reading a manga where women don't have any important roles, most are sadly just some background accessoires, so it was really refreshing to see such a strong independent woman. It was just great somehow, i liked the whole idea, an arc centered around the church and their evil doings, and who is the strongest female character, a prostitute. In your face, Mozgus

Edit: On second thought i think i switch her for Schierke. Before i came to sk.net i often heard people saying how they don't like her at all or how the whole component of having kids in Guts Team would ruin their precious view of Berserk. And me, i loved her from the first moment, the little girl with the vast knowledge of the mystical world but no experience with the harsh reality of human civilization. Some of my favorite scenes from the manga are with her, namely at the beach, when she talks to Guts, trying to explain Floras death all rational, just trying to convince herself that its allright and then finally giving in to her grief. Try reading it with the Spirited Away Soundtrack, its so nice: http://www.dailymotion.com/video/xup1xb_the-house-at-swamp-bottom_music
And the whole part when they come to Vritanis, the cultural shock and her reaction, when she first sees a big city, and how she handles the thing with the spirits of the hanged Kushan and the conversation with Sonia, how she is almost convinced, and then of course how Guts protects her in the tavern.

Some day i want a daughter with a pointy hat, haha

As far as characters go Guts is the best for most people, but i think the beast also deserves a spot up there with all the others. It's literarily so deliciously vicious and rage filled that reading anything that comes from it makes me cringe cause you can feel it. The beast is awesome...best watch out now that you haven't included him.

KnightZel said:
As far as characters go Guts is the best for most people, but i think the beast also deserves a spot up there with all the others. It's literarily so deliciously vicious and rage filled that reading anything that comes from it makes me cringe cause you can feel it. The beast is awesome...best watch out now that you haven't included him.

The beast of darkness isn't a character. It's a personified aspect of Guts.
S

As Guts is a pretty obvious 1st place,
I had to ignore him and go to my other 2 favourite characters,
Griffith and Schierke.

Schierke is the most interesting character in Guts' new party. That little girl with so much courage and determination.
Griffith , as femto, did some odious, disgusting things, but thus far, we can't really understand him, so I think , for me, thats what makes him a very deep character. He's both the savior and the devil . After that chapter with the idea of evil, I believe Griffith has the power to craft the world according to his dreams.
K

Walter said:
The beast of darkness isn't a character. It's a personified aspect of Guts.
Click to expand...

Actually you could argue that it is a character. Just because it doesn't have a constant physical presence in the world doesn't make it any less of a character. Seeing as how it has a personality and is capable of taking action on it's own when the opportunity is presented as well as being another driving force for the story also helps justify it's a character.
I would also like to point out that it's up to interpretation. I don't to argue meaninglessly on a subject like this, and seeing as how i'm very new with only one behelit, i'll step back. But beware for the beast is strong in this one

lol. Instead of arguing why don't we agree to all hate griffith. He sucks! lol.

KnightZel said:
I would also like to point out that it's up to interpretation.
Click to expand...

The fact the Beast of Darkness is a personification of Guts' dark side isn't up to interpretation, just so we're clear.

Hello I am new to this board I'm happy to be here!

My favorite characters are Guts and Casca. I like them both equally and really want to see some resolution to happen for these two both separately as individual characters and as a couple.
S

I voted for Griffith and Farnese. Griffith just because he's so very interesting and I could spend a lot of time here explaining why and analysing him (but I won't, because I am pretty sure no-one really cares). Farnese just because... Farnese gives me a lot of complicated emotions I'm proud of her okay.

Also, would it be possible to have Luca added to the poll?
P

Naturally I have to put my girl Casca first along with Guts.

Sana said:
Also, would it be possible to have Luca added to the poll?
Click to expand...

Would you have voted for her over Guts and Farnese?
S

My favourite character picks were Guts

(of course) and Serpico

. I like Serpico because he almost never opens his eyes making him a bit mysterious. Also his sister is kind of hot.

I'm going to be as banal as it gets and vote Guts & Griffith. Their relationship is one of the most compelling character dynamics in manga, and still at the crux of the overarching storyline after all this time.
B

there rivalry, the battles they continue to have.. always loved these two characters

Haha I think next poll Guts should be removed so we can have some diversity.

voted for Guts and Schierke!

NeaR said:
Haha I think next poll Guts should be removed so we can have some diversity.

, which sort of saddens me, not because they are such obvious choices, but because that makes it seem like the other charactes in the series are unloved, which just isn't true. I like even the less picked characters on this list more than most characters in other series.
T

I am the Knight

Too few of options for so many great characters...

I voted for Schierke and Void.

Schierke for her strong impact on Guts' group. I usually have a good laugh when she's mocking Isidro or when Ivalera points out her feelings for Guts. Plus I really like her character design.

Void since he is just really interesting and mysterious to me. What he has to say about causality and sacrifices makes him my favorite member of the God Hand. I can't wait to learn more about his story and what type of relationship he has with Skull Knight.

Very tough choice. Ultimately went with Guts and Puck. Though Casca is just a hair below Puck, to the point I would almost say it's a tie. A tie that will certainly be broken one way or another once she regains her sanity. After that definitely Schierke.

!? When will it be enough? When will he fill that dark ambition inside of him. First Midland, now the polls. Open your eyes my friends! Don't you see Griffith is a big-huge phony!? 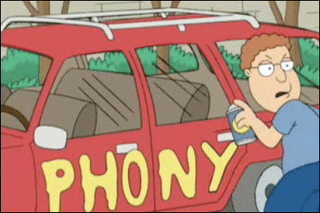 I was tempted to not include Guts as one of my votes to help give her an edge, but then I'd be a liar.

also Zodd is my favorite character to. but there is only two pick

but of course Guts and Zodd could be there too. Special mention to the moronic duo

to have the same votes as the sk

This was a tough choice, but in the end I picked