Staff member
Earlier today, @TheWillOfT contacted me by private message to ask me about a picture that seemed to show Kentarou Miura. I could immediately confirm that it was him, but I was curious about where it came from. TheWillOfT had found it on a Chinese website, in an article about Kouji Mori, but that was definitely not its origin, so I dug a bit. It turns out the source of it is the blog of Akkiu, a mangaka who happens to be Mori's wife.

Miura is mentioned several times in there, but three entries are of particular interest because they contain pictures. His face is obscured each time, but I figure it's worth posting anyway. It does feel a bit voyeuristic to repost these here, but they're publicly available so...

Entry #1. Hiroshi Tanahashi (left in the picture), a Japanese Pro Wrestler, is a big fan of Berserk, so Akkiu (middle) arranged for him to meet Miura in December 2013. 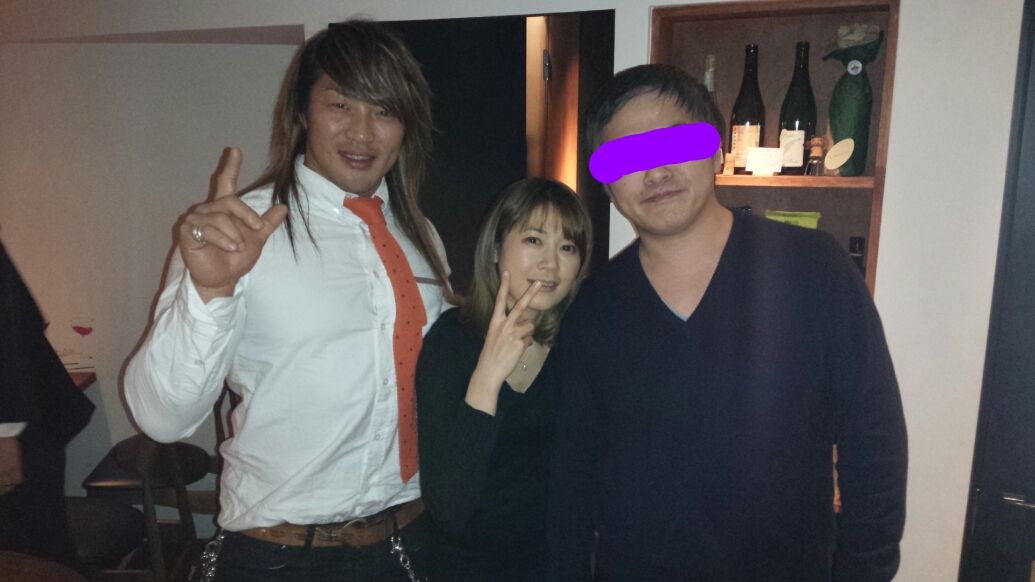 Miura even drew him a portrait! Shown here with Kouji Mori. 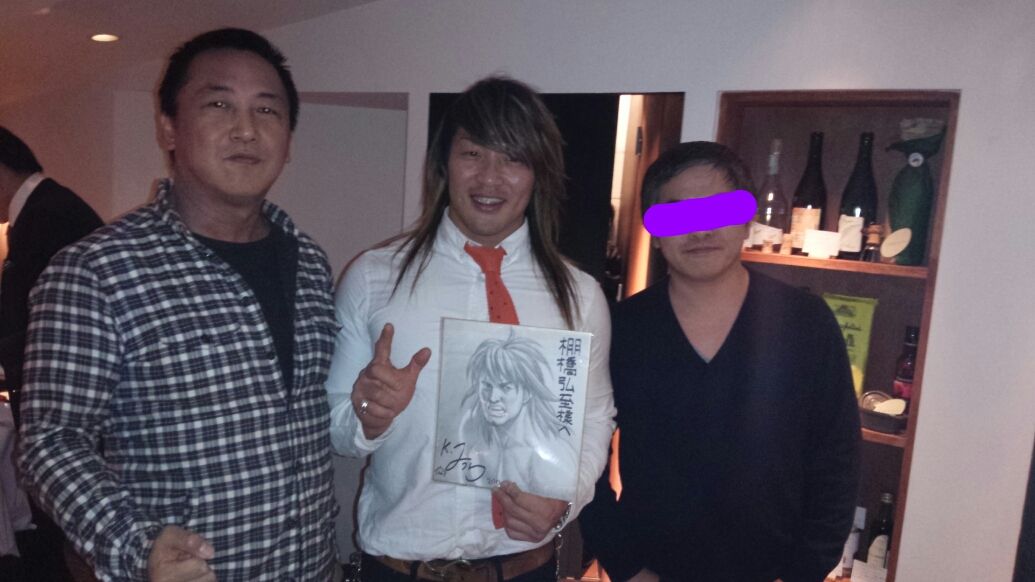 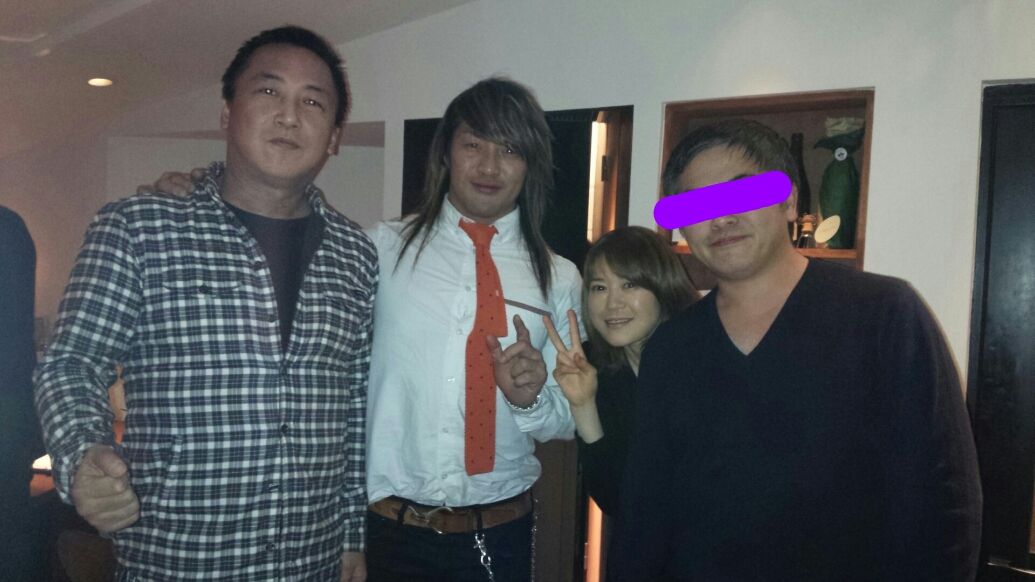 And with some other guys they met later that night. 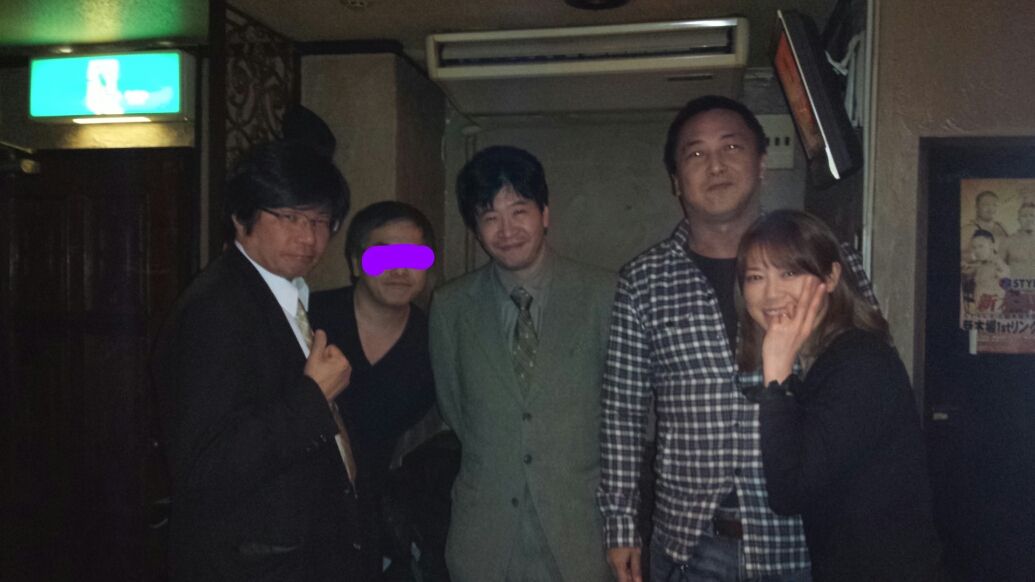 Entry #2. This one is from July 2014, it was taken at the afterparty of the Tezuka Osamu Cultural Prize. They were there because Umino Chica won the Grand Prize for March Comes in Like a Lion. Umino Chica is standing between Mori and Miura. 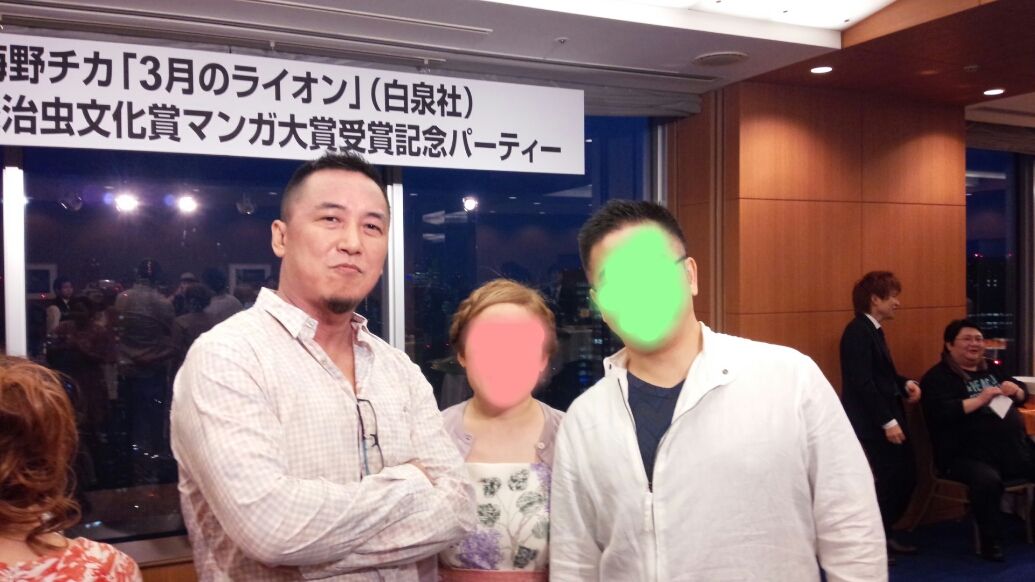 Entry #3. The last one (the one that sparked this endeavor) is also from July 2014, when Mori, his wife and Miura visited the headquarters of New Japan Pro Wrestling. It's customary to pose in front of the logo. 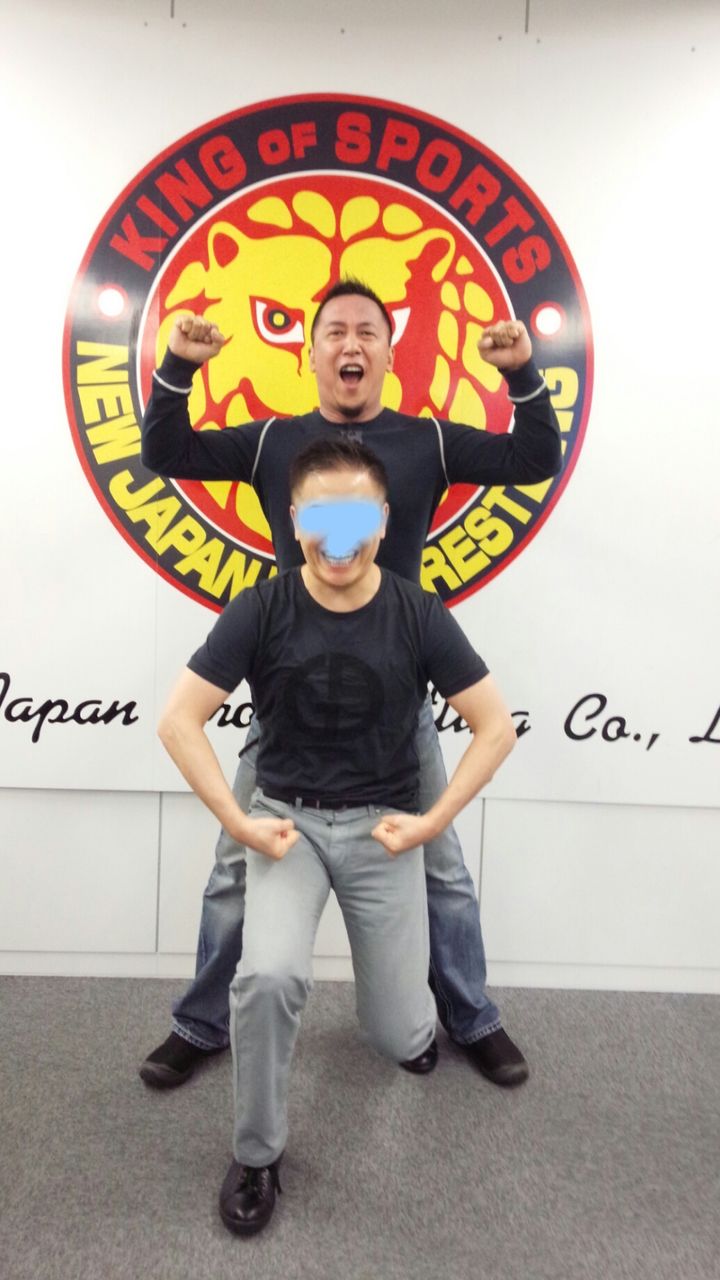 Staff member
Great find, guys! That's the most we've seen of Miura since the 2002 Tezuka Awards.

So illusive, even having his face obscured! He must be very private (duh) or shy since he's not a bad looking guy, though it's interesting to see what looks like salt and pepper in the hair now, unless it's just the light.

If I'm reading the right release chart it looks like he lost a lot of his thiccness as soon as he started ramping up berserk again in 2014. Very appreciative of him putting his body and soul into his work. Hope history recognizes him when it's all said and done

Lol why did they blur out his eyes. I feel naughty looking at these pictures.

A shame he keeps his identity a secret most of the time, because Miura comes across like a pretty nice guy. If he did convention appearances imagine the amazing reception he would get.

Griffith said:
So illusive, even having his face obscured! He must be very private (duh) or shy since he's not a bad looking guy, though it's interesting too see what looks like salt and pepper in the hair now, unless it's just the light.
Click to expand...

Seeing how Umino Chica's face is also covered up, I'm thinking this was more like a courtesy on Akkiu's part. I doubt Miura would have minded all that much.

Now, on the subject of hair, I couldn't have imagined him with a crew cut even if I'd tried but there he is.

Good find, here is a better look at the illustration from the second image 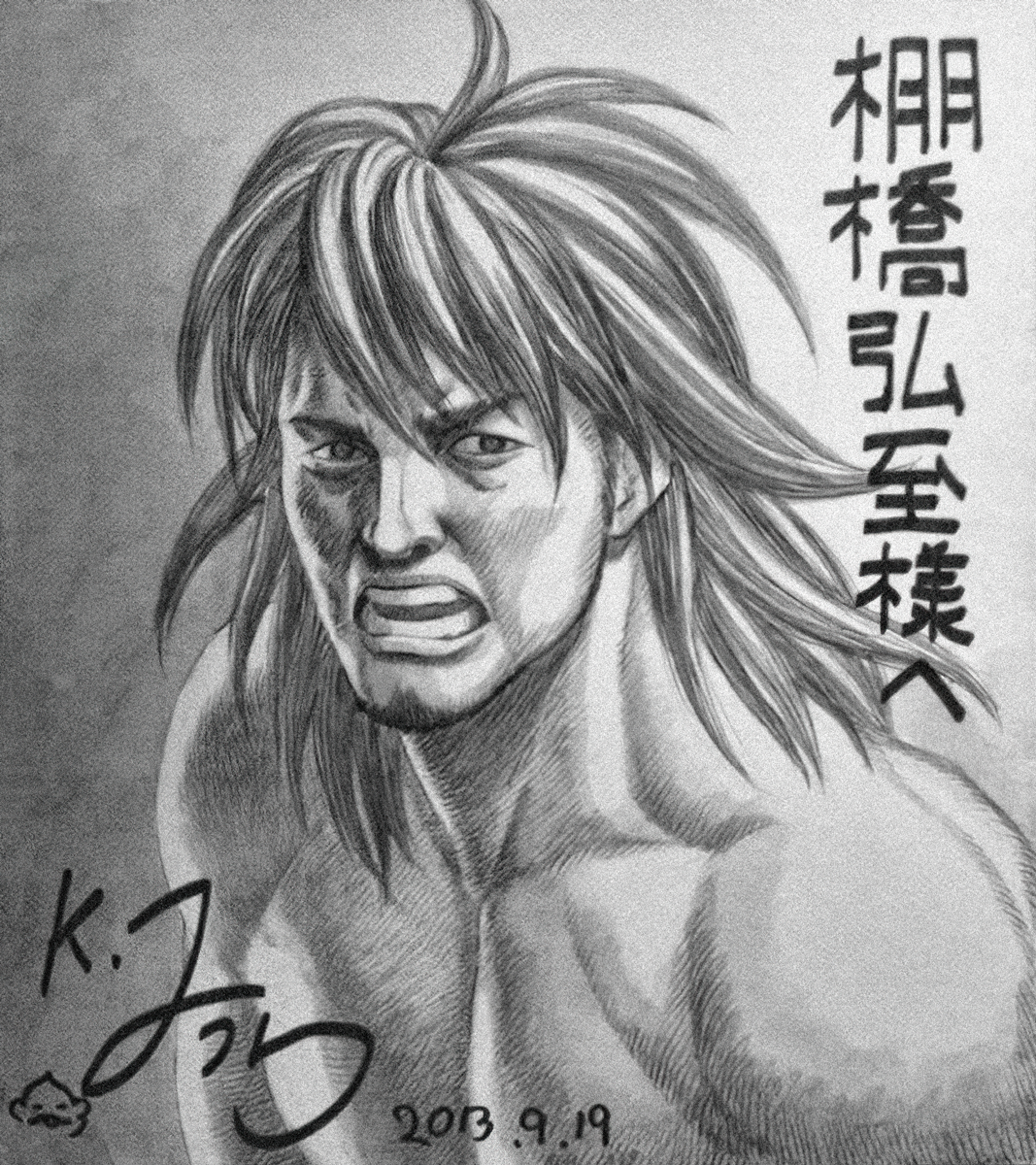 You know you've hit it big when Miura draws your portrait! Thanks for sharing these photos, I actually didn't know that Chica Umino had won the Cultural Prize, I'm really happy that Miura could be there to support her!
L

Cool find. Her blog is crazy. Look at all those animals they have. Dogs, cats, birds, turtles, lizards, and meerkats.

Skullgrin140 said:
A shame he keeps his identity a secret most of the time, because Miura comes across like a pretty nice guy. If he did convention appearances imagine the amazing reception he would get.
Click to expand...