Berserk is a cultural landmark, with wide-ranging influence on works or art that came after it. As such, it's natural to come across many references to it in various works. I encountered one such reference in Hollow Knight (see below), and the idea came to me to compile a library of sorts of Berserk references.

Of course, identifying references can be a tricky business, as anyone familiar with the tendency of people to trace every element in From Software games back to the manga, as an extreme example. Therefore, I've restricted myself to references that range from very likely to explicit.

Please feel free to add any references you happened to come across, and I will update the list below. If a reference is weak or otherwise invalid, please point that out too!

The following are some of the references I managed to hunt down throughout the internet:

Gintoki cosplays with the Dragon Slayer, thinking "It was far too large to say it was stabbed in my ass. Too big, too thick, and too heavy. My lie was far too suspicious." when called out for lying. The response he gets is what you can see in the following:

The beherit can be seen among the various items that are used to "purify" the gym from evil spirits:

The Dragon Slayer appears as part of the various legends related from one priestess to another, as recalled by Kohaku's sister:

The beherit makes another appearance in Black Clover:

Kenji Meshiya imagines himself as Guts, wielding the Dragon Slayer

7. Is It Wrong To Pick Up Girls In A Dungeon?

The Dragon Slayer appears as part of a memorial site:

The beherit appears once again:

The Dragon Slayer appears in the hands of a samurai, in the imagination of one of the characters:

The Dragon Slayer appears once again, this time in the hands of the character Xiong Mao:

The cover of this issue says it all, with a reference to Femto as a new Falcon is born:

Guts and Griffith's armor sets appear in this game:

Artorias the Abyss Walker seems to be based on Guts in his berserker armor:

The Dragon Slayer is among the weapons hung on the Wall of Weapons:

The character Waldie appears to be a reference to Guts and Berserk, based on his appearance, weapon, and dialogue:

The sword belonging to the character Caim appears to be based on the Dragon Slayer (Yoko Taro is a known Berserk fan):

This band has released several songs referencing Berserk, including:


The Band of the Hawk

The band released an album called God Hand. Both the band name and album name are Berserk references:

Staff member
Good effort, although that's going to be quite a task given the number of references, homages and inspirations out there.
For reference, here is an ancient thread on the same topic.

Aazealh said:
Good effort, although that's going to be quite a task given the number of references, homages and inspirations out there.
For reference, here is an ancient thread on the same topic.

Thanks for the comment and the links. Wow, that's a lot of references.

For the sake of feasibility, I would restrict this collection to just references/homages, and leave out inspirations, since the latter are almost countless. Still, I seem to be restricted to 10 pieces of media per post, so I'm not sure how to organize this yet. Should the references be grouped in the first posts only? Or should they simply be within new posts every time?

I'll try to figure something out (and I'm open to suggestions, of course).

Lawliet said:
Still, I seem to be restricted to 10 pieces of media per post, so I'm not sure how to organize this yet.
Click to expand...

Is that so? Weird, I don't think there's any such limit in place. If it can't be help you can just make new posts I guess, but as far as I know it shouldn't be a problem to include 30 or more images in one post.

Aazealh said:
Is that so? Weird, I don't think there's any such limit in place. If it can't be help you can just make new posts I guess, but as far as I know it shouldn't be a problem to include 30 or more images in one post.
Click to expand...

Ah, I think I know what the problem is. I previewed my first post before posting it and got the message to reduce media to no more than 10. I think that limitation is simply for previews then.

There was a scene in the manga kurosagi corpse delivery service where you can see the dragon slayer in a store display. I dont remember which volume it was though but I remember posting about it here years ago. (Im not at home right now so I cant help with which volume but I can edit this post later!)

Staff member
This new game, 34 Everlast, shows the main character using a weapon that looks very much like the Dragon Slayer.

I think the structure of this thread will take the following shape: First post is going to be a list of references, with each entry linking to the individual post that shows it, with credit to the poster as well. This way, anyone can add a reference and there will be no need to worry about media limit (I tried posting and I still have the limit of 10 pieces).

I've mined the Imitation of Berserk thread for references and I will simply quote them below.

@Aazealh found the following references a while back:


Aazealh said:
Since we're at it, here's a shot from a demo of Castlevania DS, currently in development. DS indeed. ::) 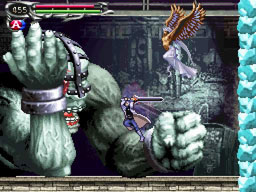 As a side note, this one looks a lot less like the Dragon Slayer than "Ascalon" that you can find in "Castlevania: Aria of Sorrow" on Gameboy Advance, which is almost a carbon copy, only shorter since the game developers couldn't do otherwise (the in-game description text also makes it clear it's a reference to the DS). I expect them to include a perfect DS-clone in this one as well. Here's an image of the main character swinging Ascalon in Aria of Sorrow:

There are a lot of other Berserk references in videogames, probably too much to list them all here I guess.
Click to expand...

Aazealh said:
Here are some shots of the Dragon Slayer in the game Power Stone 2 on Dreamcast, by Capcom. Thanks JIN for the pictures. 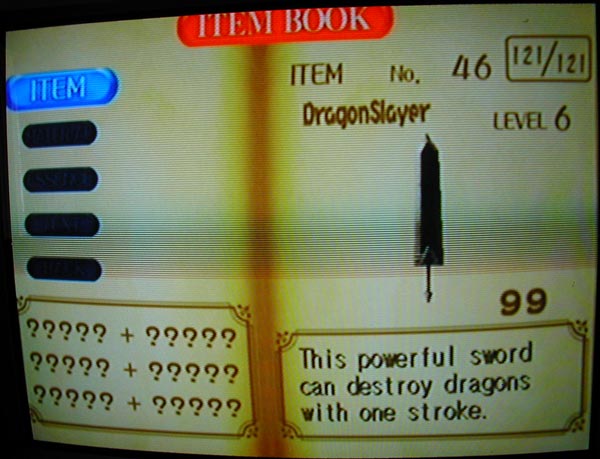 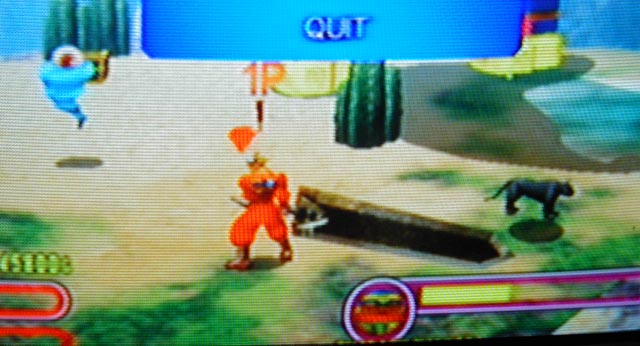 Aazealh said:
Well, since we're at it, I might as well talk about a couple of other DS look-alike... There's a well-known one in Phantasy Star Online for example: 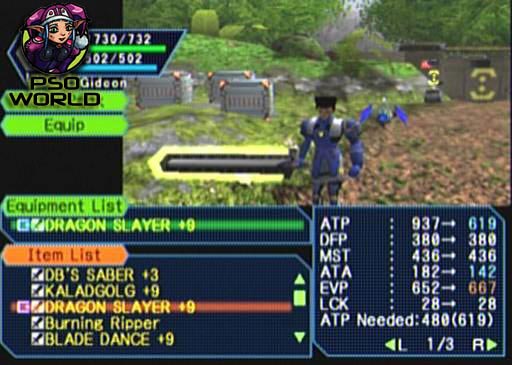 Then you have Lineage 2: 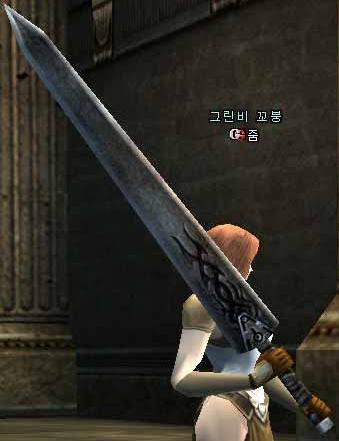 It also has a sword called the "Dragon Slayer", which is a big 2-hander, but it's not this one, though they're close. Apart from that, the game had a NPC called "Master Guts" on the human island during the Korean beta of the game, he was the chief trainer for beginners. 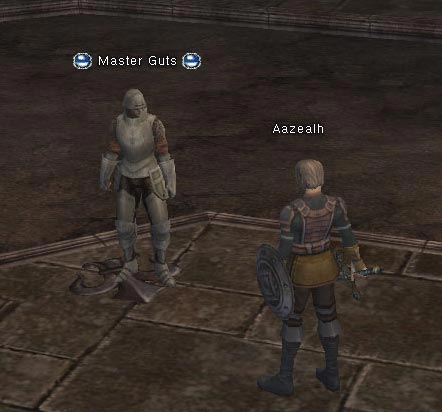 There was also a "Guard Pippin" character in a town, but I couldn't find my screenshots of him. That's still too many references to be a coincidence.

Here's another one, a sword from EverQuest that has a DS-ish look to it. I'm not affirming that it was inspired by the DS, but there's a resemblance, and that's actually as close as anything could get to the DS at the time anyway, the graphic engine being severely limited (it's also looking short because my character was small himself as a Dark Elf, and the weapons were proportional). It's a two-handed sword, and you get it off some monster that used to be an enemy of dragons. It's pretty random trivia, but these details always struck me as familiar. 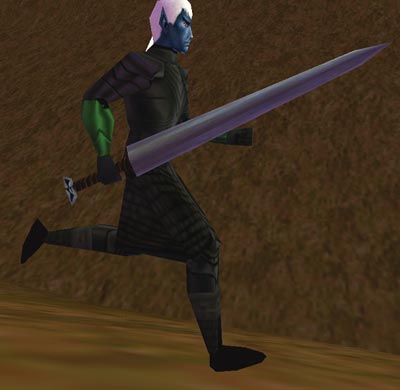 Finally, you can also check this thread out to see a Beast-like monster from Ragnarok Online called a "matyr".
Click to expand...

Looks like it. Good find. I merged this thread with another one about references to Berserk, I hope you don't mind.

Also, here are some pictures of what Meathook was talking about: 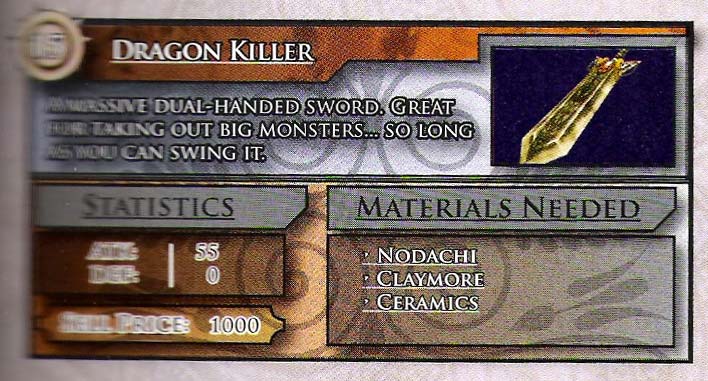 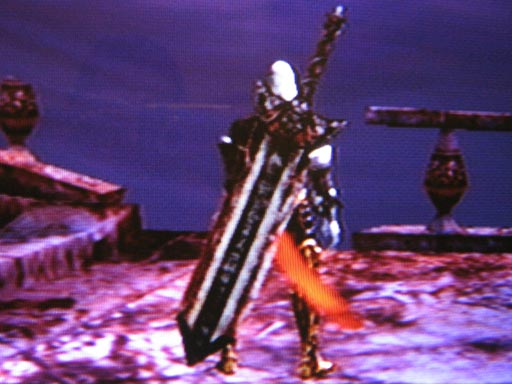 Thanks to Handsome Rakshas and the CastleVania Dungeon Forums users for these. And as a bonus, a DS lookalike from Golden Sun I found long ago: 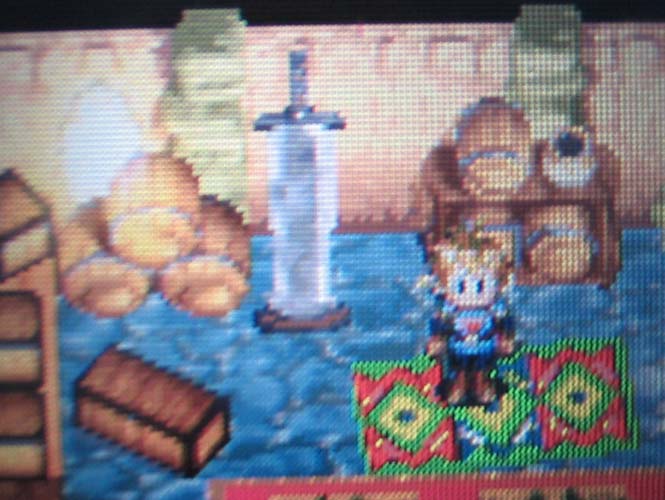 @Scorpio posted this reference in the same thread:


Scorpio said:
The DS has made its way into Gunbound

Other members have found the following:


CullKnight said:
Here's a good one from Shining Force Neo. 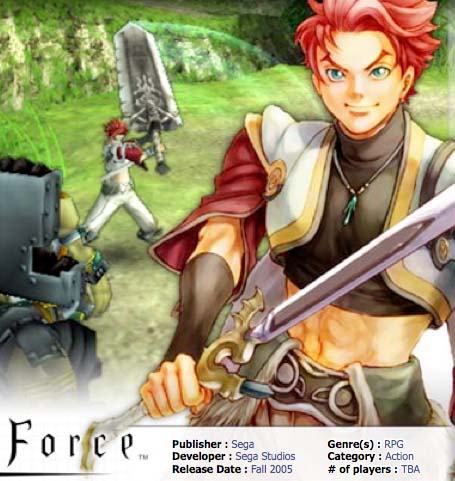 CCS said:
Kurosagi Corpse Delivery Service, which is an excellent horror/comedy manga, had this in volume 7:

Blasphemous honored Miura with the following tribute - credit goes to @Griffith and @Beast of Darkness for pointing out this reference:

Griffith said:
If I recall it was something like "Miura's Gauntlet," from which he weaved the greatest dark tales, etc.
Click to expand...

Beast of Darkness said:
The name of that item is "Crimson Heart of a Miura".
Click to expand...

The text in the item description translates to:

"Crimson Heart of a Miura - A strange artefact, said to be found within the corpse of the fiercest of bulls. Also called the Egg of the Sovereign, the twisted features of its surface stir under the torment of its wearer, increasing attack speed when their health is low. A glint catches in its clouded eyes, the reflection of an eclipse of a foreign, invisible sun. A permanent mark caused by a masterpiece that transcends all and any borders."
You must log in or register to reply here.
Share:
Facebook Twitter Reddit Pinterest Tumblr WhatsApp Email Share Link
Top Bottom