Staff member
This is the original message from Hakusensha and Young Animal regarding Kentarou Miura's passing, as well as a translation of it. They translated it themselves but I've tweaked it in a few spots to be more accurate. The source for the message is Hakusensha's corporate website. 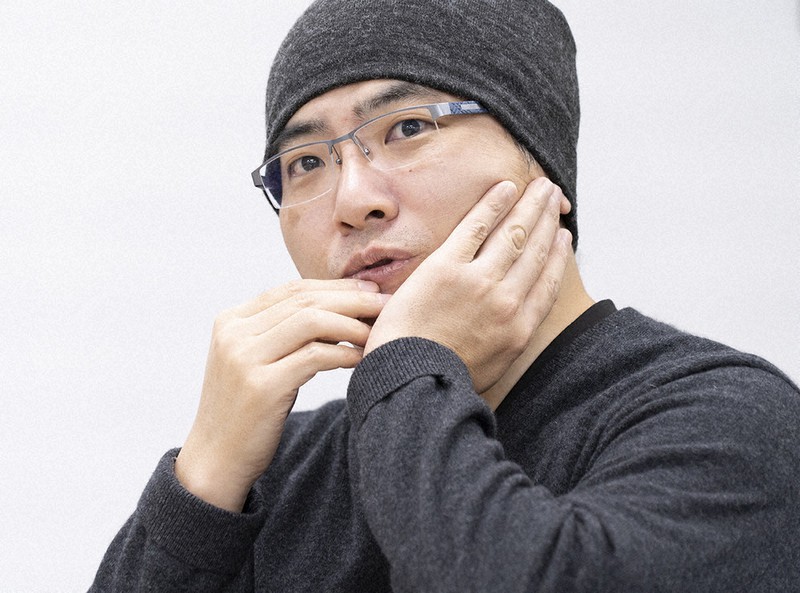 Photo taken in December 2019 by Junichi Saji, provided by Hakusensha

Manga artist Kentarō Miura passed away at 14:48 on May 6, 2021 due to an acute aortic dissection. He was 54.
We would like to express our deepest respect and appreciation for his artistic work and pray that his soul rests in peace.

The funeral was held by his family.

Kentarō Miura worked on his series Berserk and many other popular stories for Hakusensha over the years. Berserk is currently serialized in the Young Animal manga magazine, and Dur-An-Ki has been in Young Animal Zero starting two years ago.

We would like to take this opportunity to thank all of our readers for having loved his works. Please accept our most heartfelt condolences on his passing.


All personnel in the Young Animal Editing Department are deeply disturbed and saddened by the sudden death of Kentarō Miura.

We have been at a loss as to how to cope with this painful reality. We just cannot find the words, to be honest. Our memories of him are delightful and filled with the smile he had every time he met members of our staff; he always talked so happily about his favorite comics, cartoons, and movies. We had honestly never seen him angry or upset. He was a joyful person with the heart of a young boy.

We would like all of his fans and other people concerned to imagine him smiling joyfully, and to pray silently with us for the repose of his soul. We appreciate your kind understanding.

Staff member
This is the original obituary posted on May 20, 2021 at noon (GMT+9) by the Berserk account on Twitter. It is longer and more personal than Hakusensha's press release. Translation by @puella. 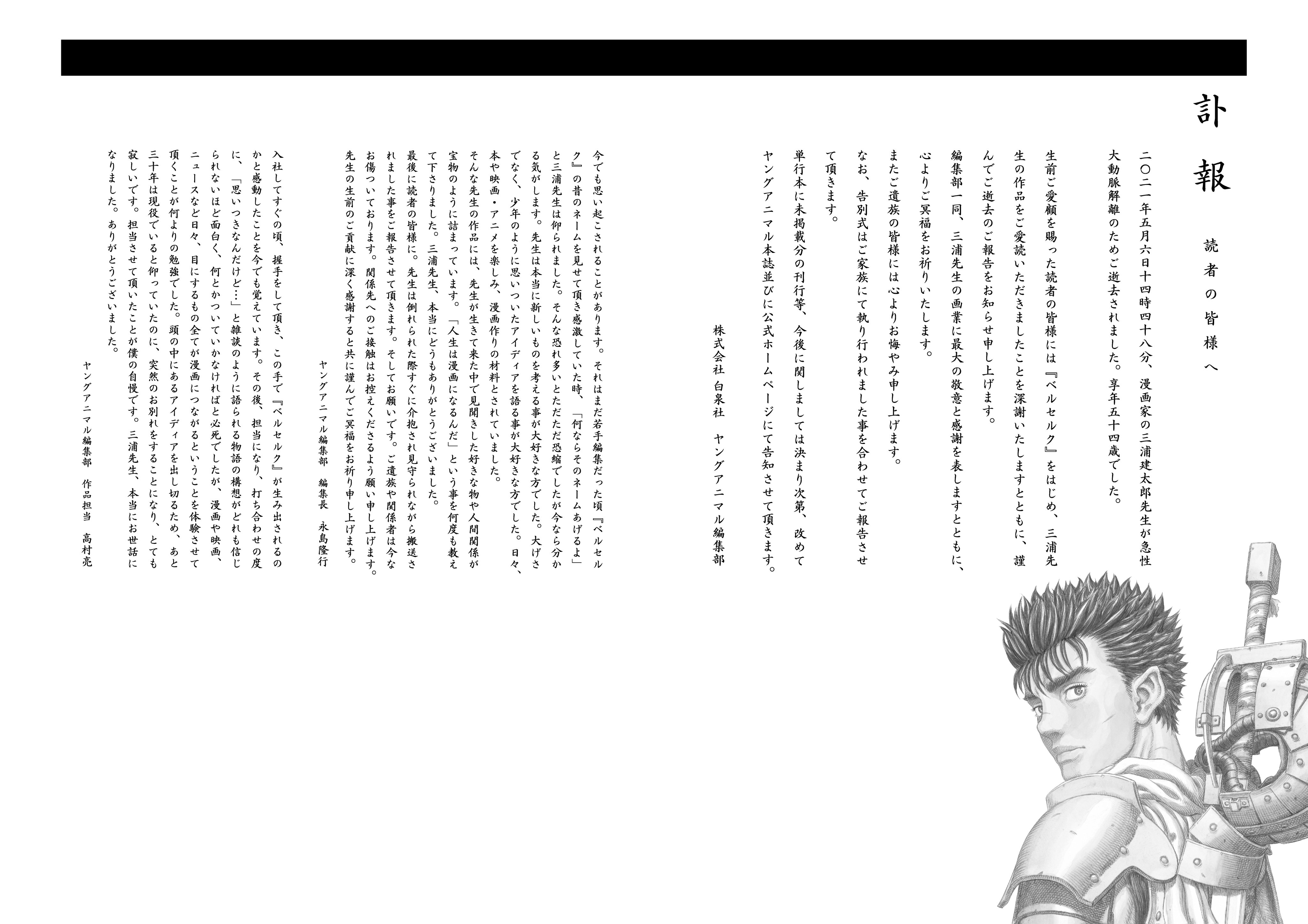 To the readers who loved and supported him while he lived, we express our sincere appreciation for reading Miura sensei’s work, including "Berserk", and are respectfully informing you of his decease.

All the staff of the editorial department would like to express our deepest respect and appreciation for his artistic work and pray that his soul rests in peace.

And we show our deepest condolences to his family.

In addition, we inform you that the funeral was held by his family.

As for our future plans, including the publication of his unpublished work in a volume, we'll announce things later on, in the Young Animal magazine and on the official homepage, as soon as we reach a decision.


There’s a thing I still remember. When I was a young editor, I was amazed to see an old storyboard of "Berserk". "If you like it, I'll give it to you" said Miura sensei. I was just humbled by such kindness, but now I think I can understand (that it's just how he was). Sensei really liked to think about new things. Without exaggeration, he liked very much to tell us about ideas, like a boy, that he came up with. Every day, he enjoyed books, movies or animations, which were material for his manga creation.

Sensei’s favorite things and the relationships that he experienced in life are all included in his work like treasures. "Life becomes manga". He taught this to us many times. Miura sensei, thank you very much.

Finally, to the readers. I inform you that Sensei was cared for, watched over and transported (to the hospital) immediately when he collapsed. And I’m asking you politely. His family and relatives are still suffering. Please refrain yourselves from contacting the concerned parties. I express profound gratitude for Sensei's contribution while he was with us and pray for his repose.


I still remember that not long after I had joined the company, he kindly shook my hand and I was moved, thinking "Berserk is made by this hand…". After that, I became the person in charge. Whenever we had a meeting, he told us about plots of stories, starting with "It’s just an idea…", as if we were chatting. They were all unbelievably interesting and I was desperate to catch up with them by any means. However, the best learning was that I experienced how manga, movies or news, all of the things he watched led to manga. I thought he would be active in his career for at least 30 more years to express all of the ideas in his head, so I am feeling a deep emptiness because of his sudden departure. I’m proud to have been in charge of his work. Miura sensei, we're much obliged to you. Thank you very much.