They don't excite me. And this is the second time that I know of for the series to be re-released with new covers. After all that, I still prefer the originals. Each one tried a different style, so that even those that aren't great at least showed an artistic attempt at some fresh take on the characters/mood. And these pristine-looking things are really going to contrast harshly with the art inside them, which developed considerably across the years he produced Slam Dunk.

Anyway, this all seems like a cheap grab for attention and money -- a path of least resistance for Inoue to make a bit of cash. And why not? It's his series. But if Inoue is going to revisit this material, I'd prefer to see something a little more substantial. A teasing flash forward would be pretty powerful for longtime fans (Sakuragi and Rukawa in a college game, for example). The "10 Days Later" serial was too low-effort to satiate that appetite. I doubt we'll ever get a "sequel," despite many seeds having been laid for one throughout vols 20-31, though I can certainly live without one. 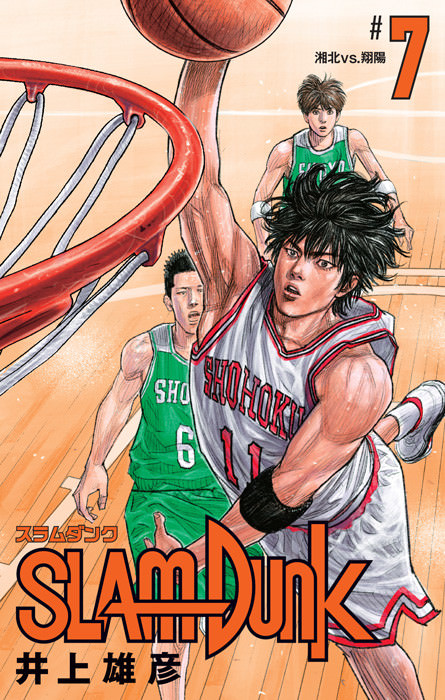 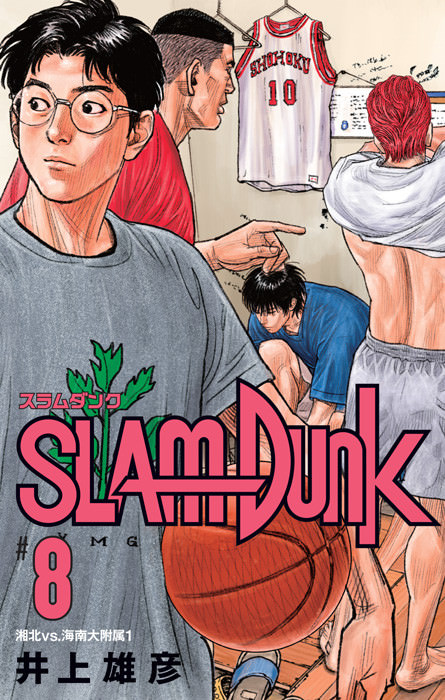 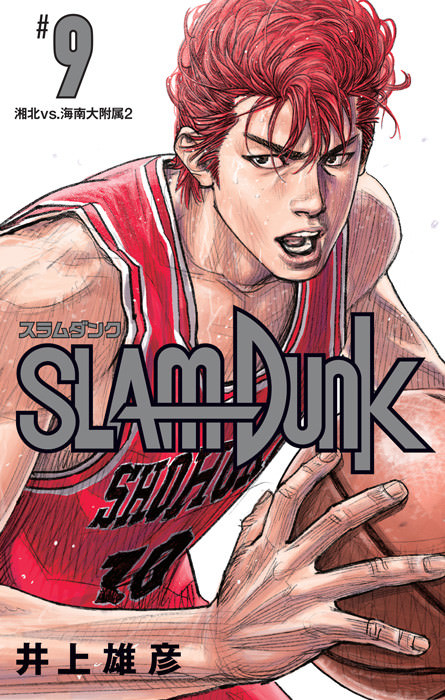 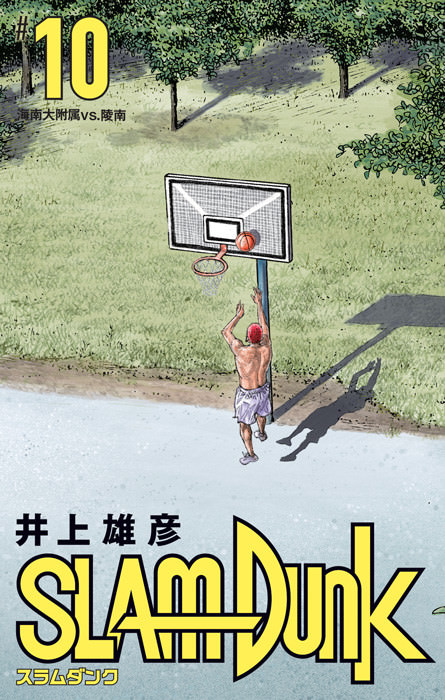 Hope they come states side 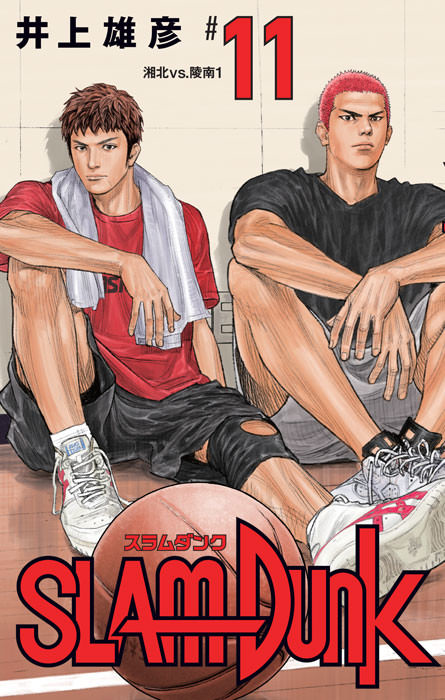 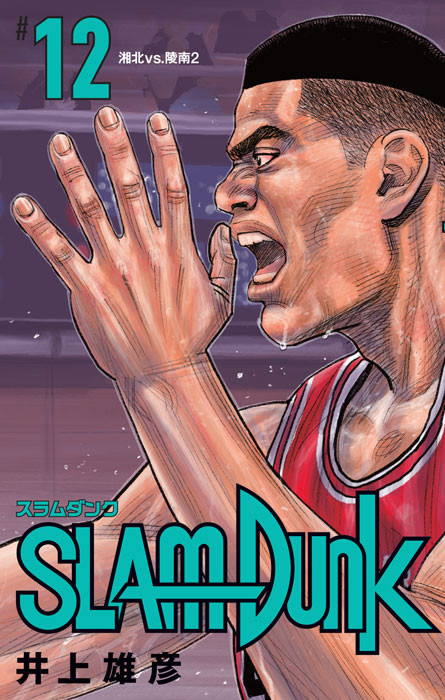 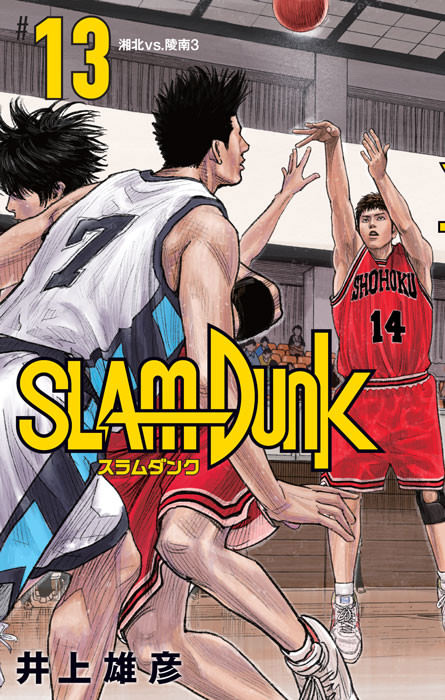 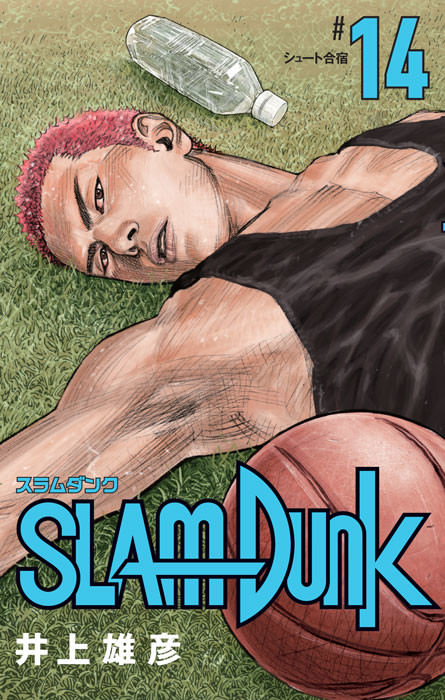 And here's the final volumes. 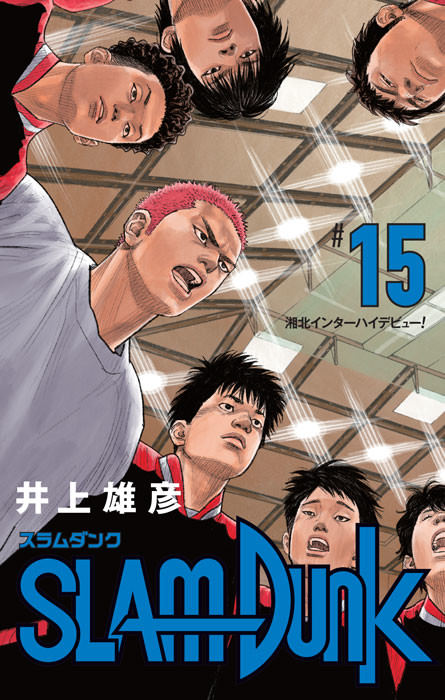 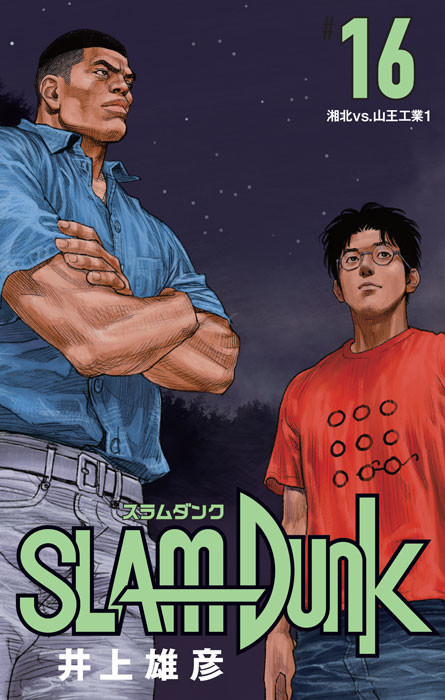 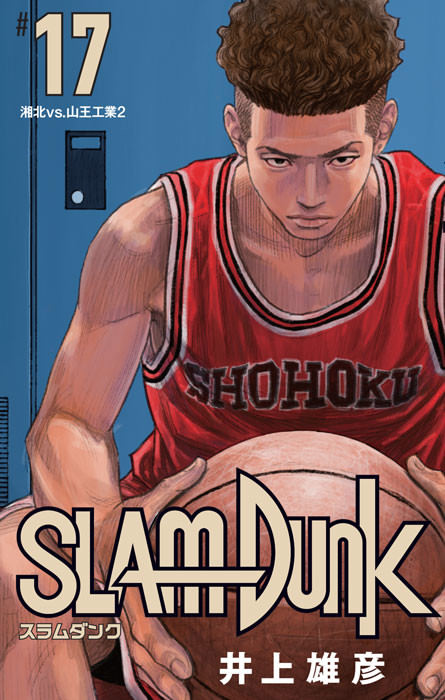 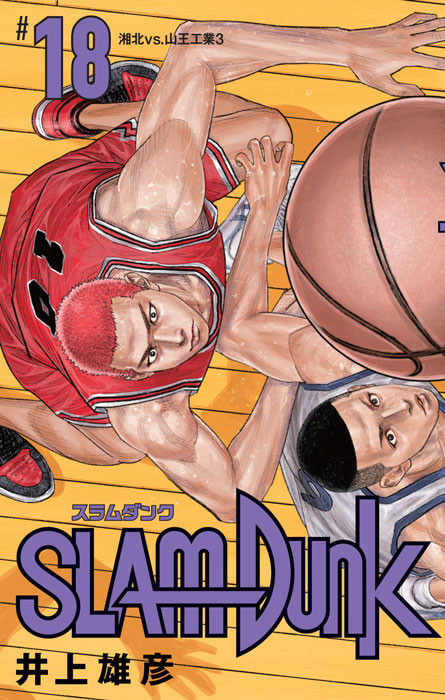 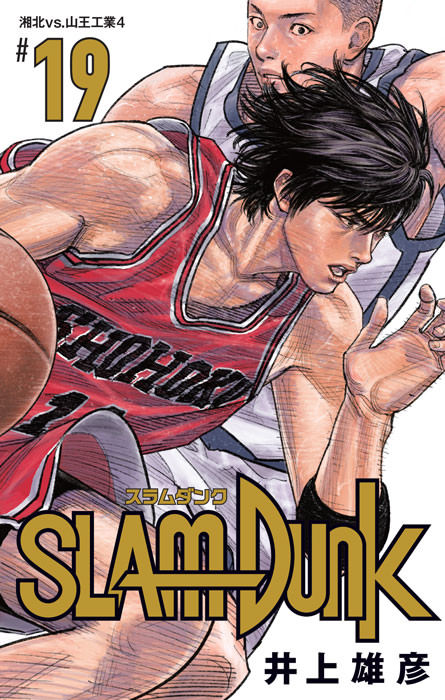 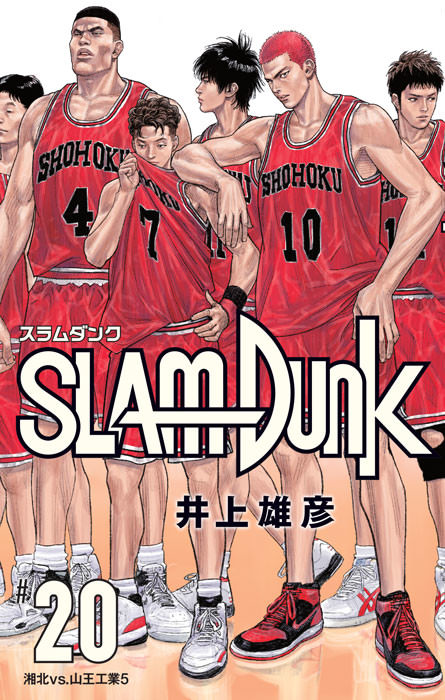 New poster preview for anyone that bought all 20 volumes of the reorganized edition of the manga in Japan. 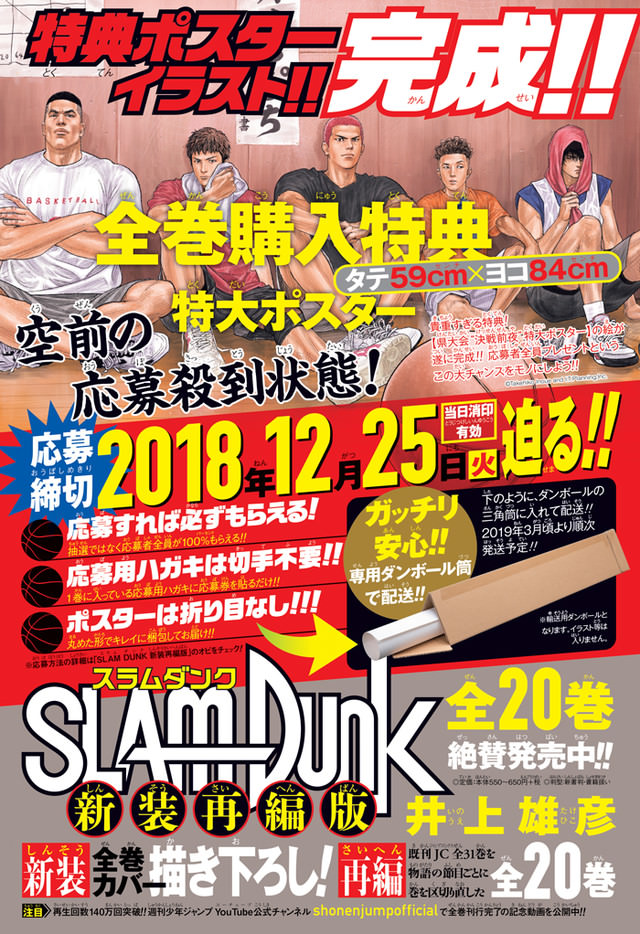 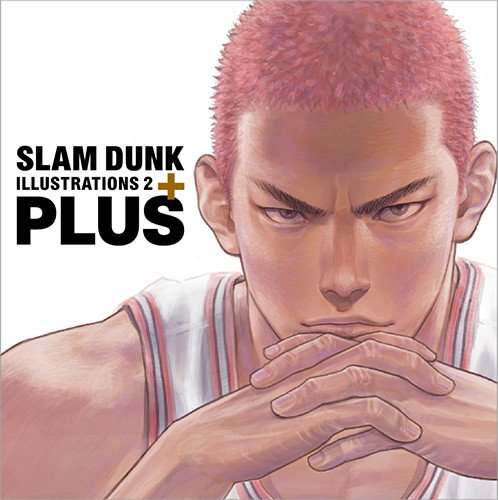 [AR MODE］
Move to a large space such as park, playground or gymnasium and make sure of traffic condition and people in the surrounding before activating the device. Recognizing the floor space, basketball hoop will be shown in the screen 7.5m away from your location. Set your desired position and start. The mode allows you to view the shots performed by Hanamichi in the physical world from different angles.

From each mode, you can return to the first screen by pushing the Exit buttons that appear when tapping the upper left of the screen.

[PARK MODE］
The mode allows you to view the scenes at the park featured in the comic when Hanamichi is trying his shots from different angles. PARK MODE is also available for models without AR function.

[ALBUM MODE］
The mode lets you take shots and save your favorite scenes using the AR MODE. Image will be saved as a 5-second video which can also be shared with friends. Tap the right side of the screen and the photo shoot button will appear.
Click to expand...

IncantatioN said:
The mode allows you to view the shots performed by Hanamichi in the physical world from different angles.
Click to expand...

Damn it Inoue, it's been 20 years, get this kid off the streets and into a good college basketball club -- he deserves it!

So, many years ago (around 2011, simpler times) I took the time to go through every single page of the Shohoku vs Sannoh match and record the Boxscore.

This is what I came up with: 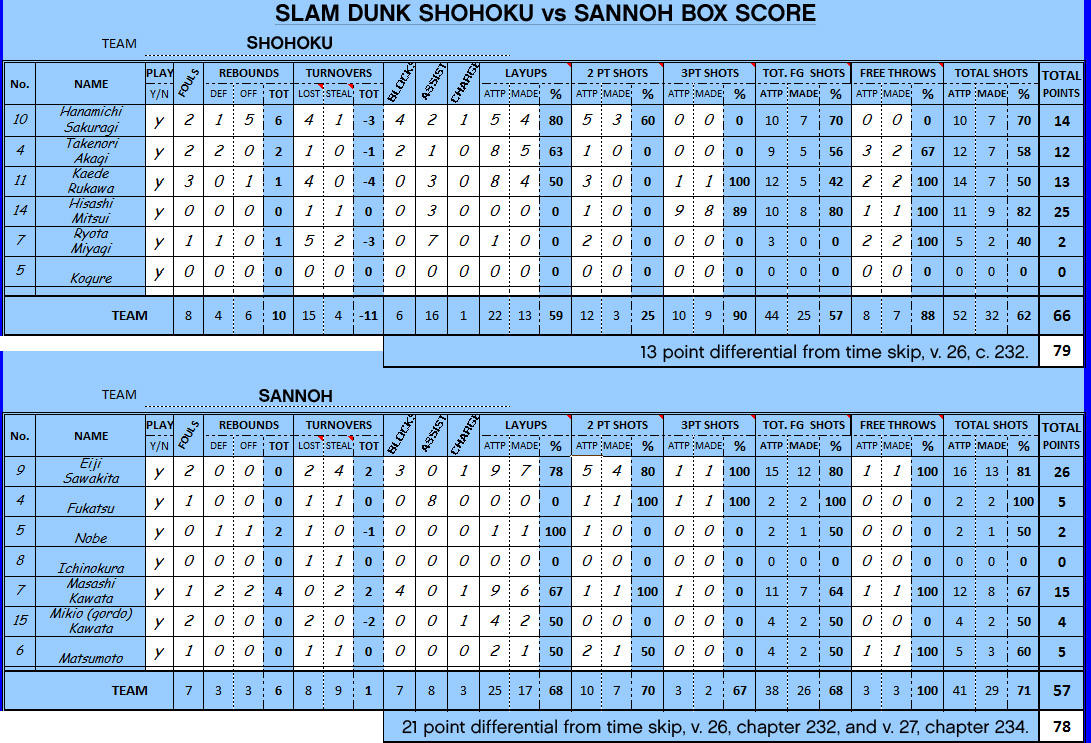 A few things to note:

Anyway, just wanted to post it so it doesn't die in my hard drive. Hope you like it!
Last edited: January 12, 2021

I think this also means less chances of him touching Vagabond ... sigh. I was holding on to some hope because of him releasing new episodes for REAL.

Hmm, interesting. I wonder when it will take place -- during the high school years, or will this be the college years reconvening I've been waiting for the past 20 years?

What great news. I hope the voice actors of the anime series are present in this movie.

Walter said:
Hmm, interesting. I wonder when it will take place -- during the high school years, or will this be the college years reconvening I've been waiting for the past 20 years?
Click to expand...

My guess is that it's about their last match with the Sannoh team. But if it is a college years, that would be great. I prefer the same.

Inoue is directing and writing the script of it according to this article - https://www.animenewsnetwork.com/ne...lms-pens-new-anime-film-for-fall-2022/.176209

Just means no Vagabond for a while ... imagine if this was successful and he hops on board for a sequel/ sequels!? Sigh. It's exciting to see this fleshed out in a different format with Inoue directly on board, but it also pushes Vagabond further down the road to get completed.

I bought this lovely thing: 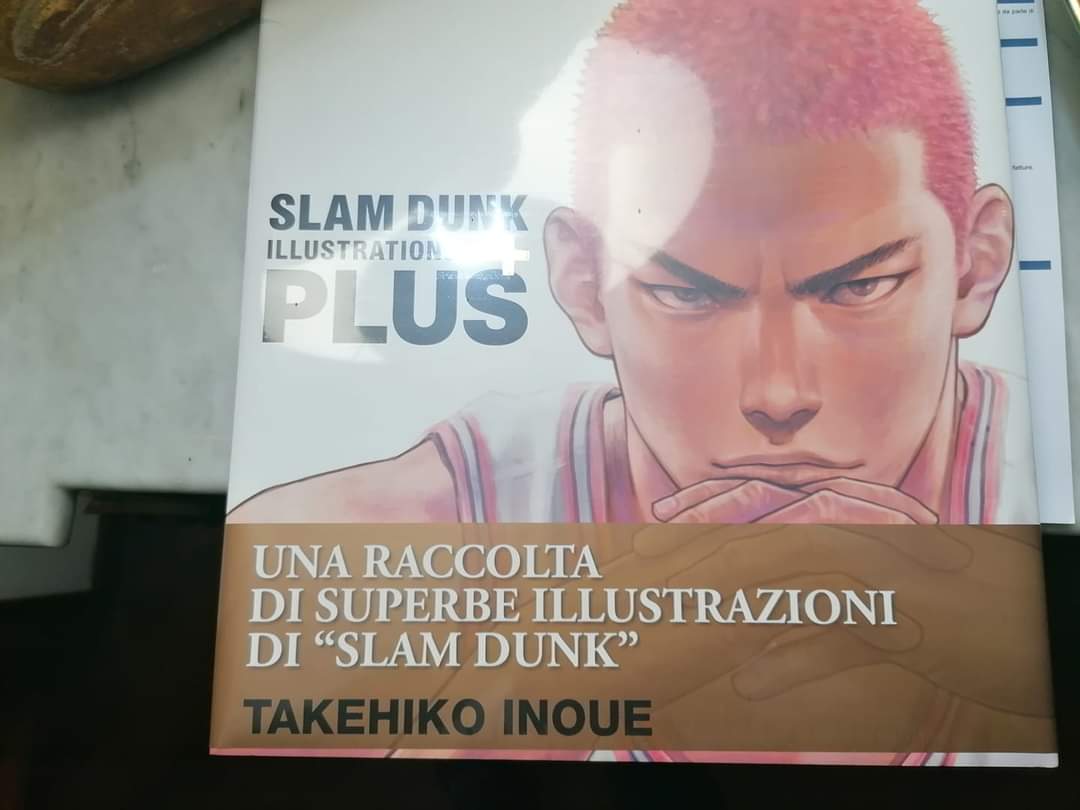 A slightly longer trailer dropped a few weeks ago - https://www.youtube.com/watch?v=9o7-Cgetho4

It looks a bit jarring with the 3D motion/ movements. It's either too clunky or looks sped up if there's a quick move - superhuman abilities may be on display!

It looks a bit jarring with the 3D motion/ movements. It's either too clunky or looks sped up if there's a quick move - superhuman abilities may be on display!
Click to expand...