Keratos23 said:
If you're thinking that it was possibly drawn by one of the assistants to show us how it could look like if Miura's assistants continued the story, some comments on Twitter are waaay ahead of you

My mind did go there, yeah, but one piece of promo art is hardly enough to jump to those conclusions lol.

I just think, if they were going to do some new art, why not make it new art and not a copy of old art. The Berserk community in general is absolutely plagued by "hey, look at this drawing I did!" (insert flagrant trace/copy of Miura art here) so it's a bit baffling to see it happen in an official capacity.

BTW, at the end of the Volume they're still reasserting that they don't know for sure the future of the serie.

RaffoBaffo said:
BTW, at the end of the Volume they're still reasserting that they don't know for sure the future of the serie.
Click to expand...

If the extra content for Duranki is anything to go off, you would imagine there was similar conceptualization/scripting done for Berserk by Miura over the years. Doing this for an ongoing and a new series would obviously be different, though.

At the same time the fact it's still undecided makes me somewhat speculate that there is something they can go off by, hence why they haven't decided anything yet, besides the main reason which is that Miuras passing happened only a few months ago.

From an editorial standpoint ,making a decision on such a popular series' future this soon wouldn't make much sense. At the same time i still think the best approach is to expect nothing beyond what we got with V41 thanks to additional work of the assistants.

Personally though, the manga IMO is done without Miura, and im not interested in a sequel. If there is enough extra content notes/sketches/scripts etc. then i would like to see it published in qualitative way.

I feel like too many people on Reddit and Twitter are hung up on the idea of "Miura's notes". Even if there are some detailed concepts for where the story was going, as we saw with Duranki, notes don't make a story.

Odysseus said:
I feel like too many people on Reddit and Twitter are hung up on the idea of "Miura's notes". Even if there are some detailed concepts for where the story was going, as we saw with Duranki, notes don't make a story.
Click to expand...

In court, this would be called nurturing reasonable doubt, and they're hanging their whole case on it.

Walter said:
And as for Duranki, we don't know the nature of those sketches. But they likely were part of the series' original pitch to the publisher, not something he developed in private for planning purposes.
Click to expand...

Yeah it says explicitly it's the "prototype scenario" for Dur-An-Ki. It's called "Amazones" and actually differs significantly from Dur-An-Ki. The main protagonist is a "war nerd" who's gone back in time to the Trojan War era. He's a boy but has to pretend to be a girl because he's living with the Amazons (otherwise he'd be put to death). His knowledge of modern technology and battle tactics are his weapons to survive in that mythological time. We can see that the core elements are already there (gender issues, being "out of place" in the world, the ability to invent as a special power), and it's possible Usumgallu would have eventually been embroiled in the Trojan War, but what little we got of Dur-An-Ki in the end was quite different from that prototype.

Soldier of the Mist

Unfortunately, Berserk would most likely suffer the same fate as Satoshi Kon's film: Dreaming machine and get cancelled in the next few months.

It has just arrived... 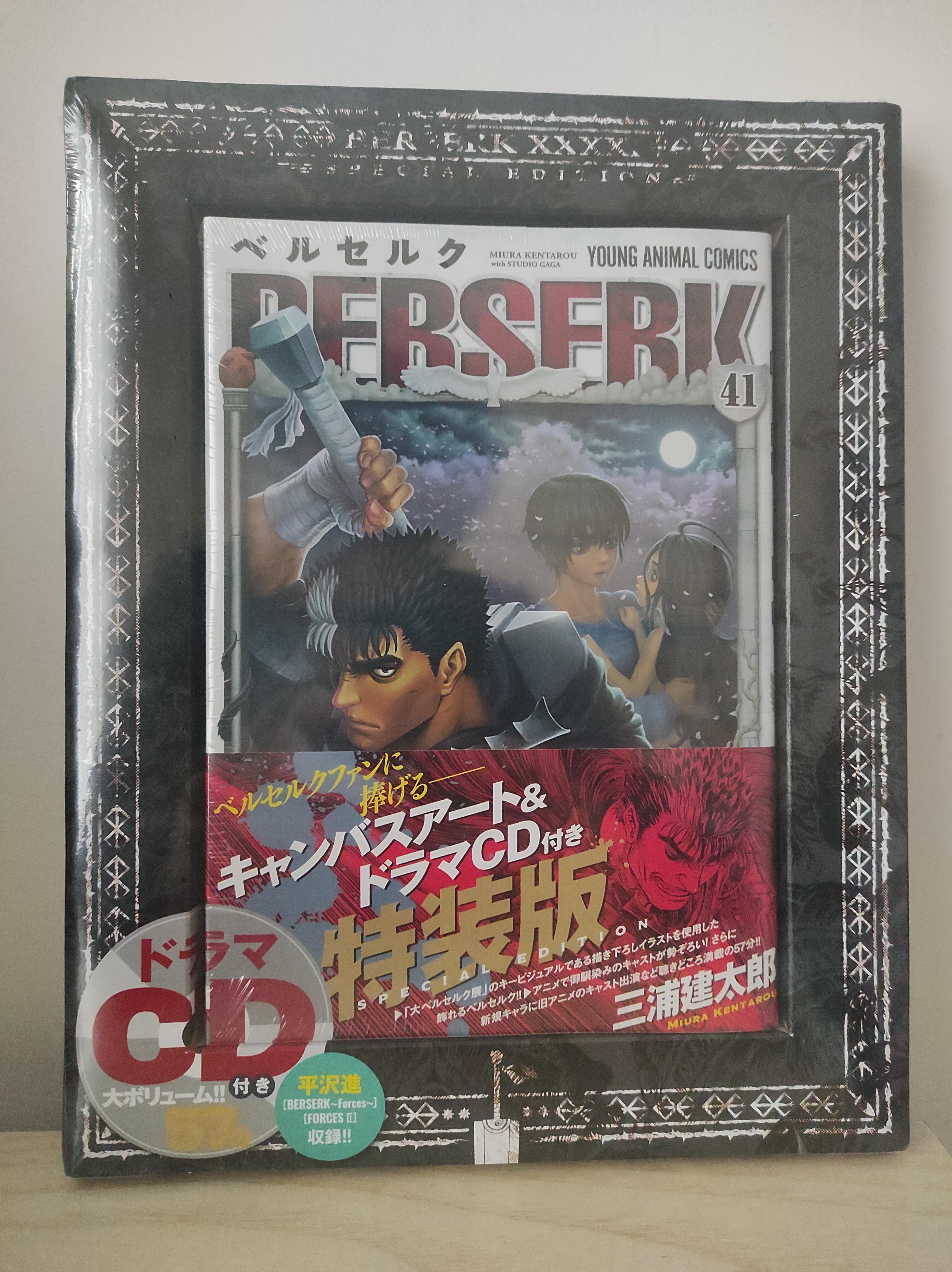 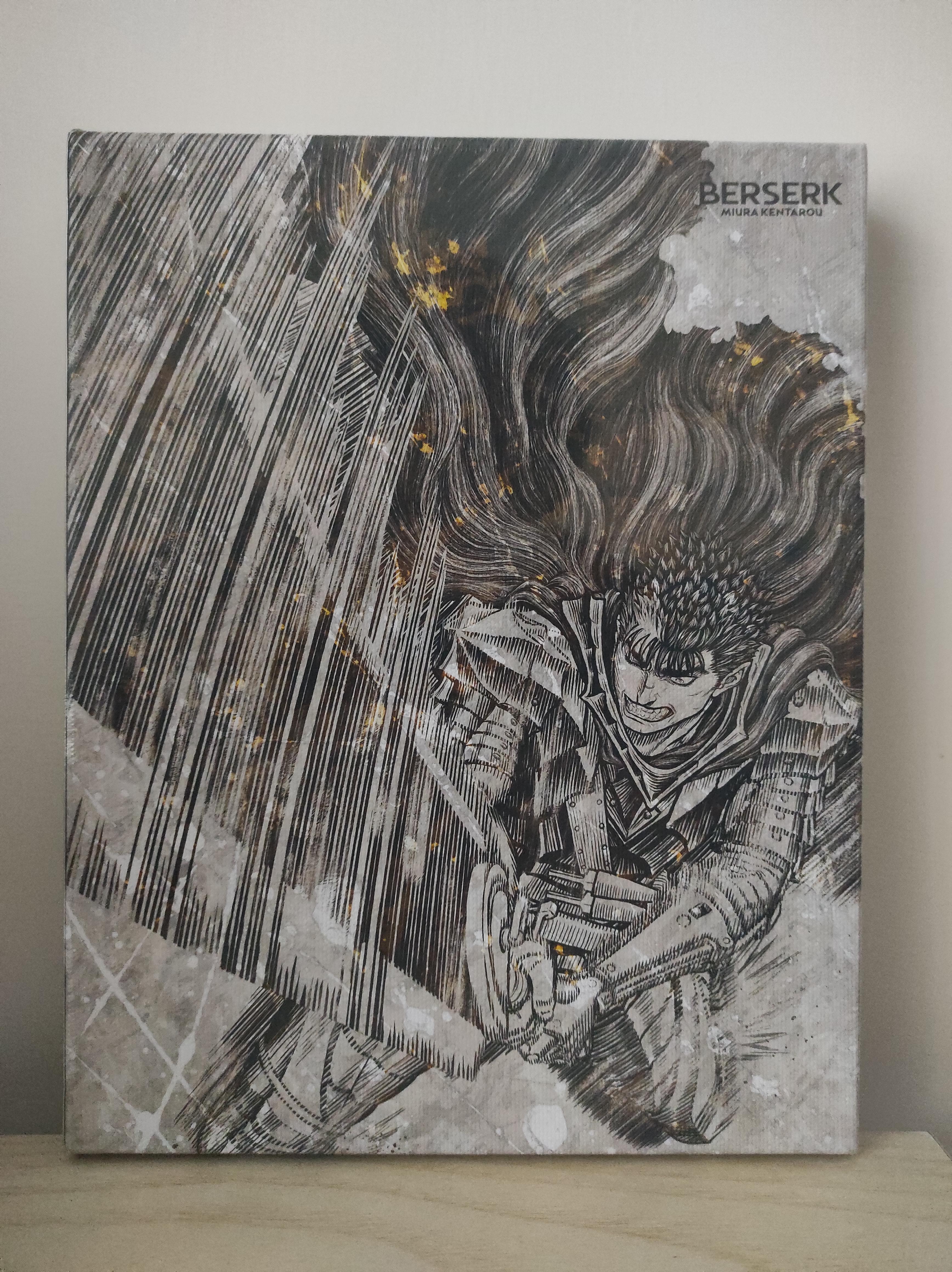 Ultra99World said:
It has just arrived...

Aazealh said:
[...] With a cursory glance I've spotted a couple of small corrections in episode 364 on the parts Studio Gaga finished without Miura. Nothing much but it is an improvement.
Click to expand...

Any other noticeable changes? Did the script stay the same? I guess the only major changes would be on the last episode given Gaga must've thought touching previous episodes Miura had finished would've been distasteful, or at least that's what I think (though Miura didn't correct tankoubon releases that much in recent years, right? wish I knew more japanese). My copy, as always, hasn't arrived yet. I'm honestly glad this is over (obviously not, because losing Miura is just inconceivable) I hate buying directly from Japan, next time I'm sadly buying new merch from third parties where I live, in the end I get bend over by shipping prices so it's not that expensive really.

4M4M said:
Any other noticeable changes? Did the script stay the same?
Click to expand...

No, those are minor, and obviously the dialogue did not change.


4M4M said:
I guess the only major changes would be on the last episode given Gaga must've thought touching previous episodes Miura had finished would've been distasteful
Click to expand...

I mean, to be clear there were no major changes, and obviously Miura's staff would have had no legitimacy to modify his work on their own. Simply inconceivable.

There used to be somewhat big touch-ups back in the Golden Age era, but there hasn't been extensive changes in the volumes for 25 years. The most you could expect is for a page to be added, but obviously that wasn't going to happen here.

Are there any comparison images for the art adjustments? I know it's nothing major but I'm curious.
4

Odysseus said:
Are there any comparison images for the art adjustments? I know it's nothing major but I'm curious.
Click to expand...

This particular page had a lot of changes, like @Aazealh mentioned before. These are fair changes, I think? sorry if posting images from the manga is forbidden, sometimes I see threads where images are uploaded, but don't know if you can do it on all forums! There are more changes in this page but I only animated the 4 gifs. Also, Casca's toenails and toes changed a bit on another page, I guess they looked a bit manly? same with her right(?) hand... and the child. I don't really like these latter changes as much, some details like his eye are different, but maybe the pupil was too big on the magazine release? her feet didn't look like Miura's style on the magazine release, but I kinda liked them, they are way better proportion wise for the tank release, though. The hand I think, was fine like it was. Same with her bust? maybe not?

Although not all mangaka, if not most work in order, I always felt like the manuscript was completed by the assistants from page 17 and onwards. Miura usually would sketch out the episode in a detailed way prior so ultimately they inked over that, and given the circumstance I didn't have any issues with it.

TheWillOfT said:
I always felt like the manuscript was completed by the assistants from page 17 and onwards.
Click to expand...


TheWillOfT said:
Miura usually would sketch out the episode in a detailed way prior so ultimately they inked over that
Click to expand...

TheWillOfT said:
I didn't have any issues with it.
Click to expand...

Indeed, I know it's a somewhat controversial take, but the increasingly fine level of detail in Berserk never impacted me as much as Miura's exceptional paneling and page composition. And that's why 364 worked as well as it did—he had presumably already sketched it out. It's really hard to go back to other series after being so immersed in Berserk for years. He was extremely thoughtful about his composition.

I agree. Even when I read something like Akira or Vagabond, I can’t help comparing them to Berserk, especially in terms of composition.

My limited edition 41 package arrived timely from Amazon Japan, which is cool. But I hadn't yet listened to the drama CD since a) I don't currently have a CD drive easily accessible and b) I don't know really any Japanese, especially spoken.

But I found out there are YouTube uploads with some subtitles added ... And while those subtitles are probably quite ... "Varying" in quality, listening the voices while reading the ep 355 part from vol 40 ... It actually was surprisingly worthwhile bit of Berserk experience even if the drama CD actually cuts a bit.
You must log in or register to reply here.
Share:
Facebook Twitter Reddit Pinterest Tumblr WhatsApp Email Share Link
Top Bottom