I don't think Miura would be foolish enough to further delay the biggest moment of the series to date, one we've literally waited over a decade for, the most anticipated event since the eclipse and what will be so satisfying for many of us after all these years to finally see the coronation. Maybe we could see Casca's reaction or something.

The Perenium Falcon said:
Oh boy, what a time to be alive. After all these long years of struggle, it’s finally happened. I never thought I’d see this moment, and now that it’s finally here.... I don’t know what to say.
It does put me in a reminiscent mood. Like many of you have said before me, I’ve been on this wild ride for many years. My entire adult life, actually. How long has it been exactly? 18 years, I think, or close to. In the time that I first discovered Berserk, and longed for Casca’s sanity, I graduated high school, and college, my career has changed several times, I got married, had a kid, and separated. My interest waxed and waned over the years, partially due to the hiatuses, to Life, and also because I just never thought they’d get off that fucking boat. In that time I have read and reread the series from first to last, and I’m in the middle of it again. The timing couldn’t be better, as I’ve just come to Episode 82.
But here it is! It’s beautiful. It’s wonderful. And it’s heartbreaking. For so long Casca’s kept herself locked away from those horrific events, the death of all those she held dear, and the betrayal of the one she saw as her Savior. It broke her, and her madness was the last line of defense. Now she’s been forced to confront it, to relive those most painful moments, by those who thought they had her best interest in mind. Will she be thankful? Can she handle the harsh realities? Will she be able to come to terms with the truth, to accept the world she now finds herself in?
I really don’t have any insight to share. It’s been years since I’ve said anything here, or discussed Berserk at length, so you’ll have to forgive me. I’m happy to see this forum is still living and breathing, and welcoming new strugglers! I really just wanted to peek my head in for once and share in this momentous occasion.
(Apologies if I overshared there

DUDE, I swear to god the other day I was actually thinking that with all these crazy new developments I wonder if some old timers ( specifically Slightly Green, as I first knew you) would pop up. I'm so glad that's the case. Welcome back friend!

PS - Fuck you the boat trip was awesome.

Staff member
I'm reviving this thread because it just dawned on me that the final segment of Schierke and Farnese's journey into Casca's mind was inspired by the tale of Sleeping Beauty. Think about it: a 'princess' asleep because of a curse, lying in the midst of a forest of brambles, guarded over by a black dragon. It's only superficial obviously (and there's no prince or magic kiss or anything), but I feel like it's too on point to just be a coincidence, especially since Miura does like to work folklore into the story. To be honest I can't believe I didn't think of it earlier.

What got me thinking was coming across this awesome concept art by Eyvind Earle for the 1959 Disney movie.

That's a pretty solid connection. I like that Miura makes it his own by also incorporating the monsters, and memory shards.

Yeah, it's impossible to unsee it once you make the connection, especially with the artwork (Guts-Dog is visually knight and horse in one =).

Nice catch, Aaz! Between the visual and narrative similarities, the inspiration is pretty obvious when you think about it. Now, all Berserk needs is one of these... 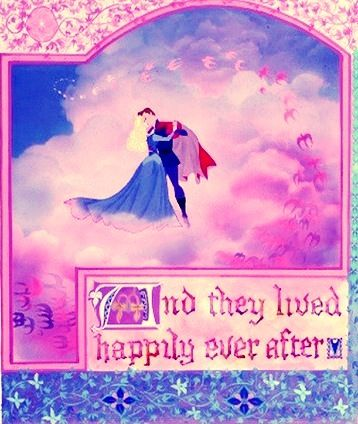 Staff member
I feel blindsided, because Sleeping Beauty is one of those films I never paid any attention to. I doubt I've ever even seen the full thing. Oh well, great catch Aazealh.

Brilliant Aaz, the link is a safe bet *thumbs up*
S

Grail said:
Nice catch, Aaz! Between the visual and narrative similarities, the inspiration is pretty obvious when you think about it. Now, all Berserk needs is one of these...